Six suspected IS members have been detained by German authorities in anti-terror raids across the country. Refugees reportedly tipped off investigators about the men, who are suspected of planning to carry out an attack. 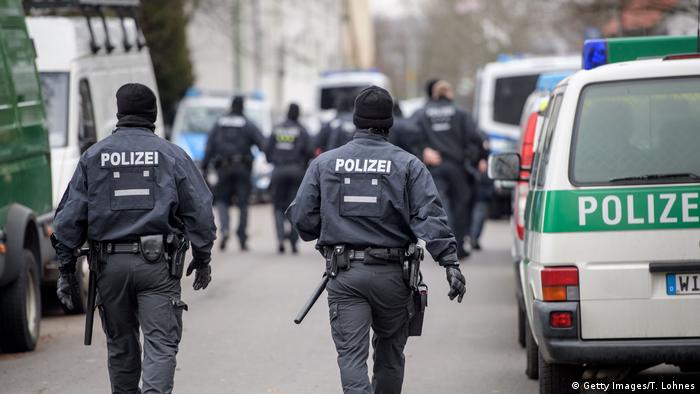 Six Syrian men aged between 20 and 28-years-old were taken into custody, prosecutors in Frankfurt said in a statement.

Some 500 police officers took part in the raids which searched eight apartments in the cities of Kassel, Hanover, Essen and Leipzig. Authorities also seized laptops, mobile phones and documents during the raids, reported German newspaper Welt.

The men are suspected of "planning an attack with weapons or explosives on a public target in Germany," according to prosecutors. Authorities said that the men had not yet finished preparing their attack, but did not provide further details.

The suspects planned to carry out the attack at a Christmas market in the western city of Essen, sources close to the investigation told local public broadcaster Hessische Rundfunk. Police have not yet confirmed the report.

Four of the suspects entered Germany as asylum-seekers in 2014 while the other two arrived in August and September 2015.

Refugees tipped off investigators about the men, who were reportedly active as IS fighters in Syria, reported Welt, citing sources close to the investigation.

At the end of October, police detained a Syrian man who was also suspected of preparing an explosives attack in Germany.

Germany was hit by several attacks in 2016, including one in December when a Tunisian man drove a stolen truck into a crowded Christmas market in Berlin, killing 12 people.

Last July, a 27-year-old Syrian refugee detonated an explosive device outside a music festival in the southern German town of Ansbach, killing himself and wounding 15 people.

Italian police have seized more than €50 million worth of opiates trafficked by the terror group "Islamic State," authorities say. They said some of the profits would have been used to finance terrorist activities. (03.11.2017)