Around 5,000 ecstasy pills shaped to resemble US President Donald Trump's head have been secured by Osnabrück police. With a promise to "make partying great again," the orange pills go for a premium online. 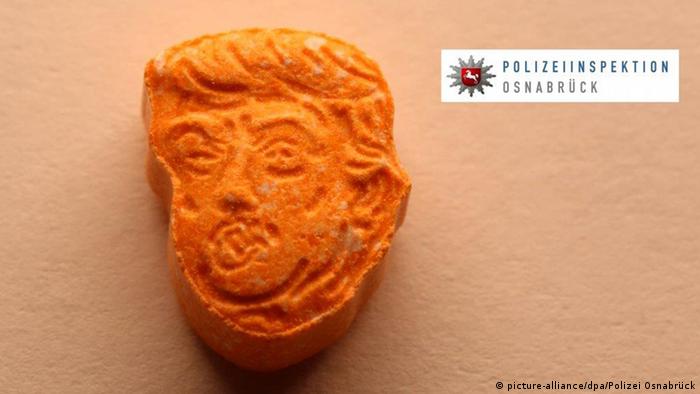 Two Austrians were arrested after police pulled five bags filled to the brim with carrot-colored ecstasy pills made in the likeness of US President Donald Trump.

During a traffic stop over the weekend, highway police in the northwestern German city of Osnabrück uncovered thousands of ecstasy pills made in the likeness of US President Donald Trump's head. His surname is also written on the reverse side.

Read more: Germans and drugs: Marijuana use grows among teenagers

In a statement on Monday, police said they confiscated five bags filled to the brim with the not-so-presidential pills, as well as a large amount of cash from the Austria-bound vehicle. 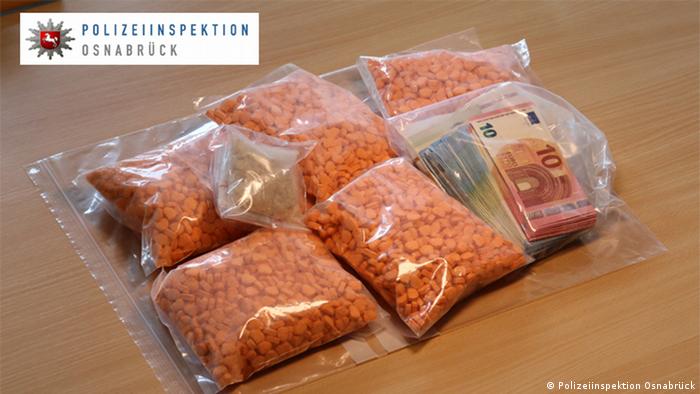 Alongside the carrot-colored pills, police also seized a 'large amount of cash'

The drugs were found in the car of a 51-year-old man and his 17-year-old son. The two told police they were heading home to Austria after traveling to the Netherlands to supposedly buy a car, but said that the deal had fallen through.

Upon searching the car, police found around 5,000 pills, saying that they had a street value of around 39,000 euros ($45,800). The car's two passengers were detained and a judge issued arrest warrants for both of them.

The pills are reportedly being sold on the darknet with the slogan: "Trump makes partying great again."

British media reported in July that the Trump-shaped drugs were being produced in Amsterdam and trafficked into the country in large amounts.