Following a recent demonstration in Cologne of "Hooligans against Salafists" that escalated out of control, authorities have banned a similar anti-Islamist rally planned for this Saturday in the western city of Hanover. 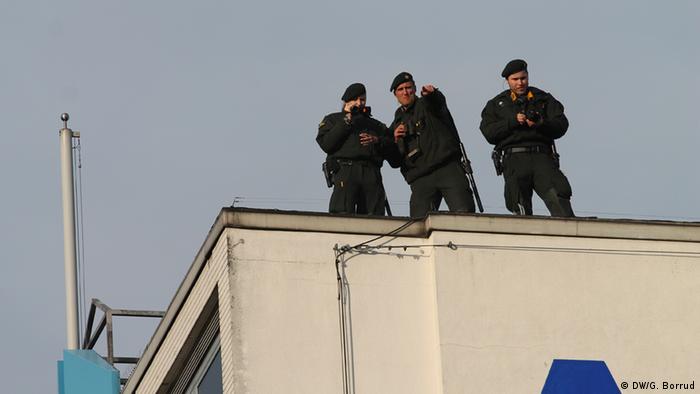 Police in Hanover have announced that a demonstration planned for this Saturday of "Europe against the terror of Islamism" will be prohibited, citing a lack of authentic political motivation for the gathering.

"We are not convinced that the demonstration will serve the expression of opinion," said a statement from the Hanover police, adding that the "dominant majority is seeking violent confrontation." 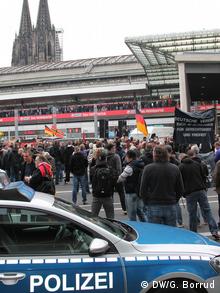 The Cologne rally was too much for police to handle

The justification for the ban, a rare occurrence in Germany, derives partly from the events in Cologne on October 26. A similar anti-Islamist demonstration, this time of "Hooligans against Salafists," escalated out of control resulting in 49 police injuries and more than a dozen arrests.

Over 4,000 people from Germany's right-wing scene, including soccer hooligans loyal to a number of German teams, but also right-wing extremists and neo-Nazis, showed up. Police had expected a turnout of only 1,500.

Gathered at a square behind Cologne's central train station, demonstrators initially chanted anti-Salafist slogans and listened to speakers and musical acts. It later turned violent during a march through the streets, with attacks against police and journalists, as beer bottles were thrown and fireworks set off.

The violence that ensued sparked intense debate about whether Cologne had aptly prepared itself for the demonstration. It also raised the question of whether German cities should allow demonstrations of this kind to take place despite the likelihood that they could turn violent. 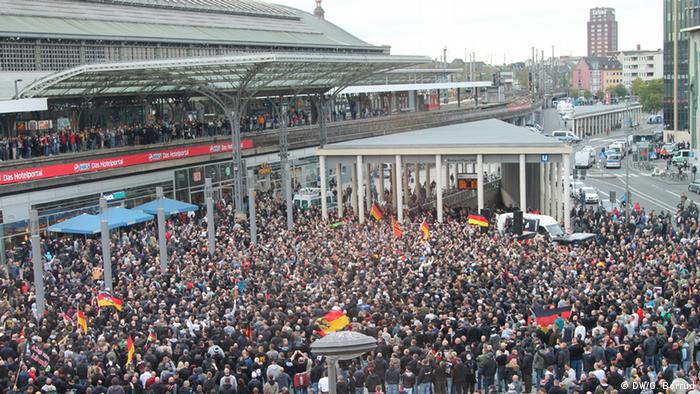 The freedom of assembly is a pillar of the German Basic Law, and its virtually sacrosanct status in the constitution (Article Eight) was underscored throughout the past weekend at celebrations marking the 25th anniversary of the fall of the Berlin Wall.

Peaceful protests in a number of East German cities, in particular Leipzig, are credited with having contributed significantly to the opening of the Wall in November 1989, an event that led to political reunification of East and West Germany 11 months later and has served as a symbol for national unity ever since.

With the number of Islamists on the rise in Germany, the president of the country's Federal Criminal Police Office (BKA) has warned that "lone perpetrators" or "small groups" pose the greatest domestic threat. (01.11.2014)

The German right-wing scene seems to be on the upswing after riots rocked Cologne on Sunday. The alliance of soccer hooligans and neo-Nazis could cause more trouble, says expert Fabian Virchow. (29.10.2014)