The German right-wing scene seems to be on the upswing after riots rocked Cologne on Sunday. The alliance of soccer hooligans and neo-Nazis could cause more trouble, says expert Fabian Virchow. 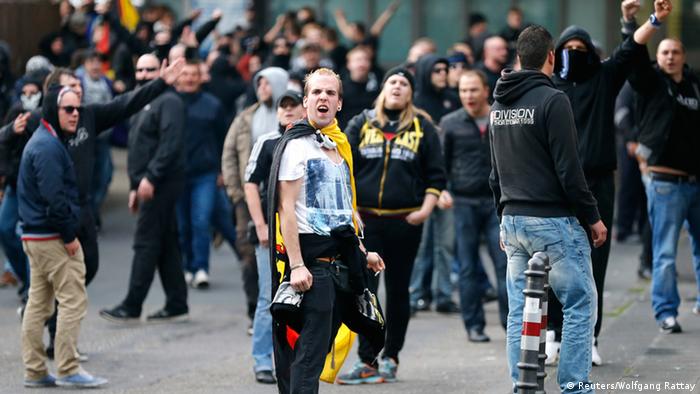 DW: Riots of about 5000 Neo-Nazis and Soccer hooligans in Cologne on Sunday have sparked fears that a new wave of right-wing extremism might hit Germany. What impact on the Neo-Nazi scene did the riots have?

Virchow: Right-wing groups celebrate these events as a great success on their Facebook-Pages and blogs. They were in control of the streets in Cologne, and that has not happened in a long time. Most marches had been blocked or had been accompanied by heavy police-presence. 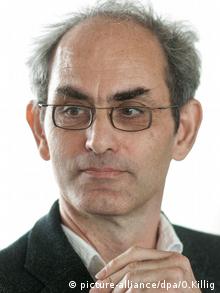 But this time, thousands could march through Cologne without much restriction, some of them went on manhunts and some attacked journalists. In their view, that is a great success.

Not only right-wing bloggers celebrate that. On social networks, many users seemed to be happy that "finally someone is standing up against Salafism in Germany." Have right-wing extremists found a topic that proves popular?

Salafism is a topic that is discussed a lot, and many people level criticism against young Neo-Salafists who are ready to use violence. But the extreme right discovered this topic long ago. The "Pro-Movement" for example organized marches against Salafism, but they did not attract many people. After the Cologne riots, there is even more reason for right-wing activists to bank on that topic.

In Cologne, a clash between words and deeds

Sunday's demonstration in Cologne of "Hooligans against Salafists" was intended to be a peaceful protest against extremist violence. DW's Gabriel Borrud saw how quickly those intentions vanished in a mob. (26.10.2014)

They will organize more marches and will certainly get some support for that. But when it comes to violent riots like the one we saw in Cologne, that will be restricted to a certain group of people.

Do you think the riots in Cologne have helped lure more supporters into the right-wing scene?

Absolutely. Those who did not take part want to make sure they won't miss the next riots. They want to repeat what they did in Cologne, and maybe even scale it up. At marches during the last ten to 15 years most right-wing extremists tried to keep violence at bay so they wouldn't be banned from marching. But the Soccer hooligans and Neo-Nazis in Cologne did not pursue this tactic. They were all about seeking confrontation. 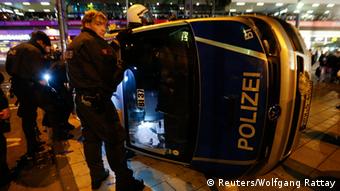 How dangerous are these groups? Are they mostly beer-drinking rowdies or is there a danger of right-wing terrorism?

I do not think that this scene is planning attacks systematically like the NSU right-wing terrorists did. What we see is mainly raw street violence. And the scene thinks that Cologne was only the start and more is to come. They are right now discussing how to do that.

Do they form new alliances while organizing the next marches?

It is a pretty diverse scene. In Cologne, we saw racist Soccer hooligans, Neo-Nazis, members of right-wing parties. If this proves to be an alliance becomes solid, we will indeed have to deal with a new right-wing network.

And what about more moderate groups? Will they be part of that? 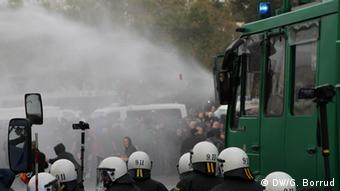 Police tried to disperse the crowd

Groups such as the "Pro-Movement" try to work on their reputation as a citizen's movement. Without approving of their political aims: I do not think that they will organize events with the Soccer hooligans. They will say: we share their goals, but they use the wrong tools.

How do you think the German authorities should react to new marches in Berlin and Hamburg being planned by the right-wing groups?

First of all, we have to take this phenomenon seriously, more so than we did before Cologne. Everyone could see that the police were not well-prepared. And many police officers suffered from that lack of preparation. And then, we will have to talk about not allowing marches that have the sole purpose of spreading violence on the streets.

Dr. Fabian Virchow is professor at the University of Applied Sciences Düsseldorf. He directs the Research Unit on Right-Wing Extremism and Nazism.