German authorities have uncovered a pedophile ring that involved a mother selling her nine-year-old son to men over the internet. One of the suspects includes a member of Germany's armed forces. 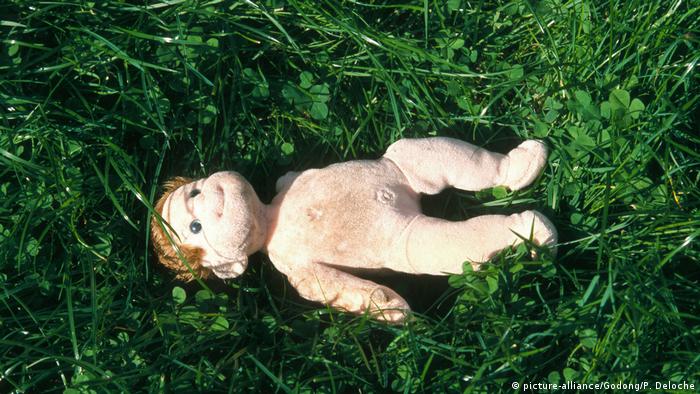 German police on Thursday released harrowing details of a pedophile ring that saw a 47-year-old mother and her partner repeatedly sexually abuse her son and make him available for rape in exchange for money.

Authorities arrested the mother and her 37-year-old partner, a previously convicted pedophile, back in September in the city of Freiburg in southwestern Germany, where most of the acts are also reported to have taken place over two years.

Six suspects who also allegedly abused the boy have also been taken into custody, among them a German soldier based with the Franco-German brigade in Alsace. A Swiss and a Spanish national, both residing in Austria, were also detained, as was a German man who had previously spoken of his urge to carry out violent acts on children. He was caught with a pair of handcuffs in his backpack.

None of the suspects' names have been released under Germany's strict privacy laws.

Chance of healing: therapies for victims of sexual abuse

"I don't remember a comparable case of this dimension in [the state of] Baden-Württemberg," said State Criminal Police spokesman Horst Haug.

Authorities were made aware of the pedophile ring in September 2017 through an anonymous tip-off. Five days later, the mother and her partner were detained and the child was taken into state custody.

During the investigation, however, police discovered that the two had also abused and raped the boy themselves.

Police declined to say on Thursday what the other suspects had told them or whether they had even confessed to the crimes. "They are providing some information," said Attorney General Michael Mächt, without going into further detail.

Given the scope of the investigation, police wanted to avoid drawing obvious comparisons between this and a previous case from 2001 that took place Saarland. That incident saw a boy known as Pascal held in the back room of a bar, where he was abused by various perpetrators. The suspects were acquitted, however, after they were found to be mentally unstable due to alcohol abuse.

The boy, meanwhile, has been missing since 2001 and is presumed to have been murdered.

Police say there is an increasing trend of men importing realistic, silicon sex dolls that look like children. In Britain it's not illegal to own them, but it is illegal to import them. (01.08.2017)