Green and left-wing politicians have reacted to the latest report condemning the spy agency for illegally gathering personal data. The lawmakers demanded that the BND restrict its surveillance to criminal suspects. 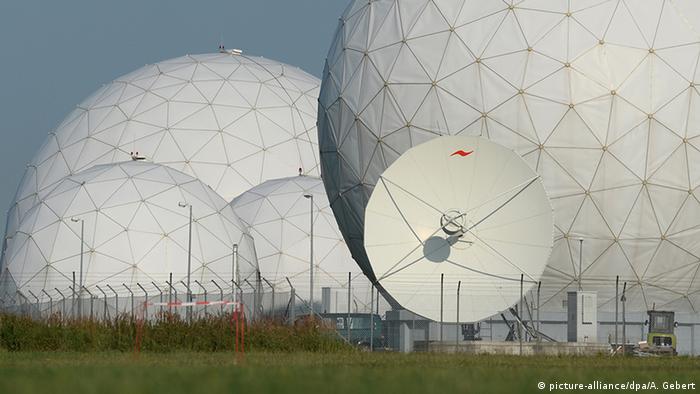 The politician said less than 10 percent of the BND's surveillance work had to do with terrorism. The spy agency, therefore, needed to stop monitoring all citizens and concentrate only on potential criminal suspects. The BND carries out its telecom surveillance activities from its headquarters in Bad Aibling, in southern Germany.

Martina Renner, a member of the Left party, also commented on the latest report. "The findings are shocking and make the draft laws of the coalition appear absurd and misleading," public broadcaster NDR quoted her as saying.

The Vosshoff report accuses the German spy agency of systematically undermining German law. In the document, dated March 2016, Vosshoff said the agency had "without any legal basis, collected personal data and systematically used it." The information was not deleted, in violation of current laws. Vosshoff alleged that the BND had restricted her monitoring massively and that it was impossible for her to evaluate the agency's work "comprehensively and efficiently."