German monarchists long for a home-grown royal wedding | Europe | News and current affairs from around the continent | DW | 28.04.2011

German monarchists are following the build-up to Britain's Royal Wedding with a touch of jealousy. They yearn to see a wedding with the same amount of pomp and show in Germany. After all, royal families are all related. 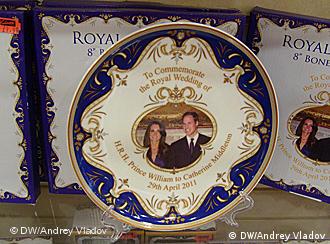 Knut Wissenbach is one of the many German monarchists who will be eagerly watching the royal wedding of Prince William and Kate Middleton on television this Friday.

But he'll be a little wistful as he watches the extravagant spectacle in the knowledge that there will be no live broadcast when Prince Georg Friedrich von Hohenzollern ties the knot in August. Germany is, after all, a republic now - the last German emperor, Kaiser Wilhelm II, abdicated in 1918.

In the absence of a meaningful monarchy and the Prussian glory of days gone by, pomp and ceremony no longer have any place in German society.

Wissenbach is chairman of "Tradition und Leben" (Tradition and Life) a group which has been campaigning for the restoration of the monarchy in Germany since 1959. His study is adorned with oil paintings of kings, Prussian uniforms and medals in glass cabinets.

"We want to top democracy," he told Deutsche Welle, laughing. 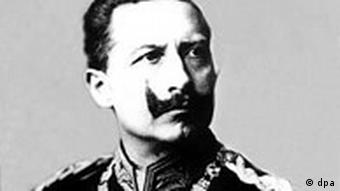 Is Germany's president too boring?

A parliamentary monarchy is exactly what Germany needs, if Wissenbach is to be believed. He thinks the current German president, Christian Wulff, is too dull and taciturn.

"We need someone a bit more trendy as our head of state," said Wissenbach, who edits the monarchist magazine "Heritage and Duty."

Wissenbach has been interested in German history and centuries-old dynasties ever since his early youth. He believes that Germans long for an unelected family to represent their state because such a family would be above party politics.

Wissenbach and the other members of his association do not care for politics, especially not for the extreme right-wing. On the contrary: Monarchists were actually persecuted under the Nazi regime and formed part of the resistance movement. All generations are represented in the association and nearly one third of its members are under 30. 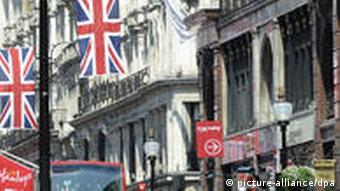 "The monarchy doesn't stand a chance"

"I don't think the monarchy will be restored in stable republics like Germany or Austria in the foreseeable future," said historian Monika Wienfort, dashing Wissenbach's hopes.

But Germans are extremely interested in royal families and aristocracy. There are more scandal sheets on these subjects in Germany than in any other European country.

"The fascination derives from the element of spectacular in daily life," said Wienfort. "These aristocrats actually do completely normal things. They get married, they have children and then they die. That's a pretty normal biography. But they do these things impressively. When else do you see a carriage? That's why people who normally show no interest in aristocracy watch royal weddings on television."

Germany's keen interest in the monarchy is probably also due to the fact that the country is still home to many well-known aristocratic families who have left their mark all over Europe. Almost every king is related to every other king.

Prince Albert, the husband of Britain's legendary Queen Victoria, came from the House of Saxe-Coburg Gotha and Victoria was the grandmother of the last German Kaiser. The mother of Queen Elizabeth II was half-German and her husband, Prince Philip, who is also Prince William's grandfather, had German ancestors. All in all it's fair to say that William is quite "German" really.

"German roots were so deep in the British royal family that during World War I people said they needed to cut their ties. The royal family's surname was changed to Windsor. This is merely an invented name," said Wienfort, who is currently adjunct professor at the University of North Carolina in the US. 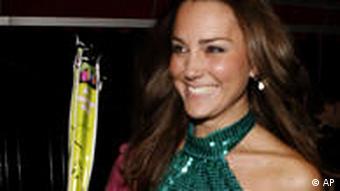 Prince William met his bride-to-be, Kate Middleton, while studying at The University of St. Andrews in Scotland

From commoners to royals

Much to Knut Wissenbach’s regret, heirs to the throne no longer marry in accordance with their social status. The dynastic heritage is diluting as it is becoming increasingly commonplace for royals to marry middle-class partners.

Wienfort says this is becoming a trend: By marrying social inferiors from their own country, the monarchy becomes more anchored in the nation but the royals become more popular at the same time. Furthermore, heirs to the throne now have a normal education and so are bound to meet potential spouses from middle-class backgrounds.

Wissenbach says Prince Georg Friedrich von Hohenzollern would be prepared to accept the imperial crown if that is what the German people want. However, the prince declined to comment and refused to give Deutsche Welle an interview.

Beware the guillotine as anti-monarchists prepare for the royal wedding

As Britain makes last-minute preparations for Friday's royal wedding, anti-monarchists from across Europe plan to use the occasion to call for the abolition of Europe's royal families. (28.04.2011)

London's short-term rental market is booming, thanks in part to the royal wedding in April. The shortage of hotels has prompted tourists flocking to the city to look for alternative places to stay: private homes. (20.04.2011)