Germany's labor minister has drafted a bill which seeks to cut social benefits for foreigners from other EU countries. The proposal also includes a loan for a ticket home for those blocked from welfare in Germany. 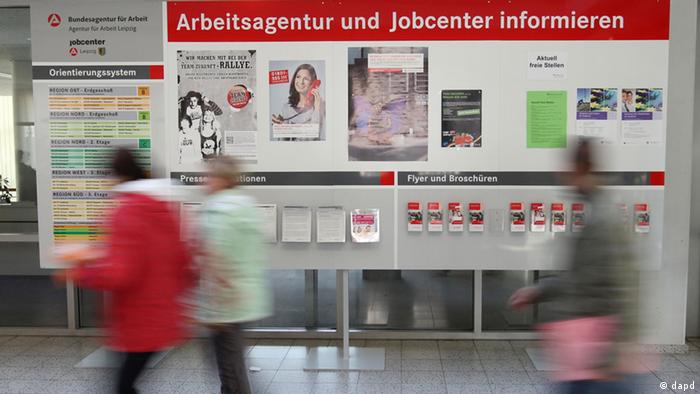 EU foreigners living in Germany may soon have to wait five years before qualifying for social benefits, reported newspapers from the Funke Media group on Thursday, in reference to a new proposed law from German Labor Minister Andrea Nahles.

"We have to stop immigration into the social security system," Nahles said during an interview in December when she announced plans to restrict social benefits for non-German EU citizens. She added that the restrictions were a matter of "self defense" for Germany.

Should the law pass, foreigners from fellow EU member states will be strictly excluded from social assistance if they do not work in Germany or have not acquired social security rights through previous work in Germany. 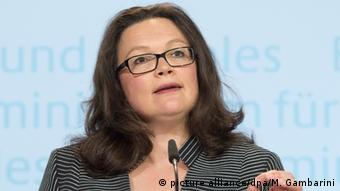 Nahles: restricting social benefits is a matter of 'self defense'

With those same conditions, EU foreigners would also be shut out from Germany's benefit system for the unemployed, which is known as "Hartz IV."

EU citizens can eventually gain access to social benefits - but only if they have been living in Germany for five years without state assistance.

'Transition benefits' and a trip home

The draft law, however, provides so-called "transition benefits" for those EU foreigners who no longer qualify for social assistance in Germany. For a maximum of four weeks, those affected will receive assistance to cover the costs of food, housing, and health care.

They will also be given a loan to cover costs for a return trip to their home country, where they can then apply for social benefits.

The new measures are a direct response to a decision by Germany's Federal Social Court late last year concerning immigrants from EU countries. In December 2015, the court ruled that EU-foreigners would only acquire entitlement to social benefits after living in the country for at least six months.

The decision led to backlash from local authorities, who feared the social system would be overburdened.

Under the current laws, recent EU-arrivals in Germany who have never worked in the country do not qualify for "Hartz IV," but are entitled to another set of social benefits if they can prove that they have no other means available.

While regional and central government are in charge of the funding for "Hartz IV" benefits, local governments have to pick up the tab for most other social benefits. These differences in Germany's benefit system have long caused friction between the local, regional and federal governments.

Earlier this year, the EU reached a deal with British Prime Minister David Cameron which also included measures to limit EU-citizen access to social benefits in the UK.