German military dogs may be equipped with camera systems

A German engineering firm is reportedly showing off technology to outfit military dogs with wireless camera systems. A similar system was reportedly used in the killing of Osama Bin Laden. 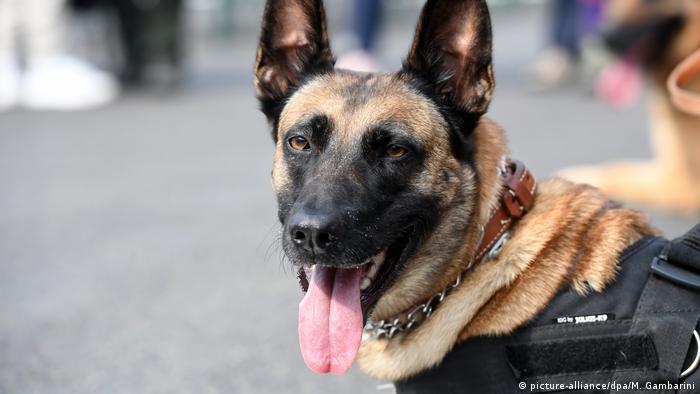 A German engineering firm is hoping to strap advanced camera systems to the Bundeswehr's service dogs, according to a report in Die Welt.

The 5-kilogram (11-pound) system features a camera, a power supply, a wireless video transmitter, and a two-way radio system to send commands to the canines.

The system displayed at show reportedly featured a 360-degree panoramic camera, but P3's other systems include thermal imaging or infrared sensitive cameras.

The system would allow dogs to proceed ahead of soldiers for reconnaissance.

The wireless system transmits up to one kilometer (0.62 miles) and allows a controller to remotely issue commands to the dog.

Other than the Bundeswehr, the company said it had interest from police and customers from the civilian market.

Since at least 2011, Canadian firm K9 Storm Incorporated has been outfitting defense agencies with $30,000 (€25,000) camera-equipped, bulletproof dog armor. The Intruder product was reportedly used in the US Navy SEALs operation to assassinate Osama Bin Laden. The armor is reportedly strong enough to withstand fire from 9mm and .45 magnum handguns.

In 2016, international conglomerate Honeywell was marketing a similar canine camera system that even included a radar system for navigation. It used a buzzer system to issue commands to the dogs.

In 2015, US firm Cerberus was marketing a harness-mounted camera system for dogs which would spring up on command.

The Bundeswehr uses dogs in a number of capacities, including dropping them from helicopters, assisting field soldiers, explosives and narcotics detection, mine detection, and for post-traumatic stress disorder treatment.