German military could support France in anti-terror efforts | Germany| News and in-depth reporting from Berlin and beyond | DW | 17.11.2015

In the wake of the Paris attacks, France has asked its European partners for military aid in the fight against Islamists. Germany's Bundeswehr could complement French forces - for example, in Mali. 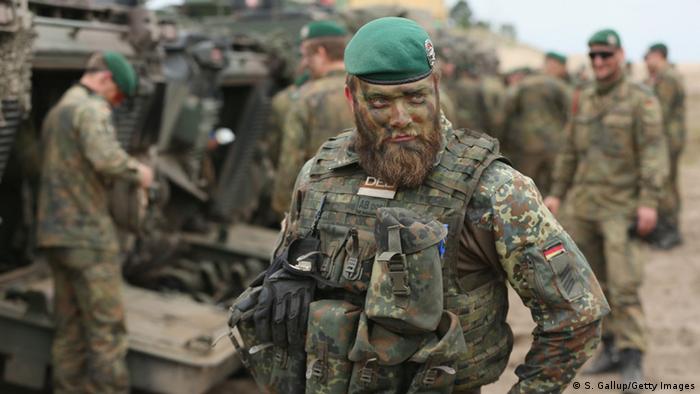 "France cannot do everything at once," French Defense Minister Jean-Yves Le Drian said, justifying his request for military assistance from his EU partners. The French army is not only waging an air war against the "Islamic State" terrorist militia in Syria, it is also beefing up its domestic presence. In addition, about 7,000 French soldiers are tied up in foreign missions.

Some 3,500 French soldiers are taking part in the anti-terror Operation Barkhane in the Sahel region, including Mali. Here the German military, the Bundeswehr, could come into play, as it is also engaged in this part of Africa, though so far in much smaller numbers. In Mali, 210 German soldiers are involved in the EU training mission for the Malian armed forces, while 10 others take part in the MINUSMA mission, led by the UN.

The Defense Ministry in Berlin has long been considering boosting Germany's participation in MINUSMA. The aim of the mission with about 10,000 troops is to stabilize the country and to restore the Malian state's authority. In 2013, large parts of Mali were conquered by Islamists, who were then driven out by French and Malian troops. But there is currently an acute lack of forces able to carry out reconnaissance missions in the vast country.

This is a gap Germany could fill. It currently has a total of only about 2,770 troops in operations abroad. While this figure was considerably higher in the past, the Bundeswehr is overstretched in many areas - due to the numerous NATO maneuvers in Eastern Europe, shortages of supplies and equipment and its help in accommodating refugees in Germany. 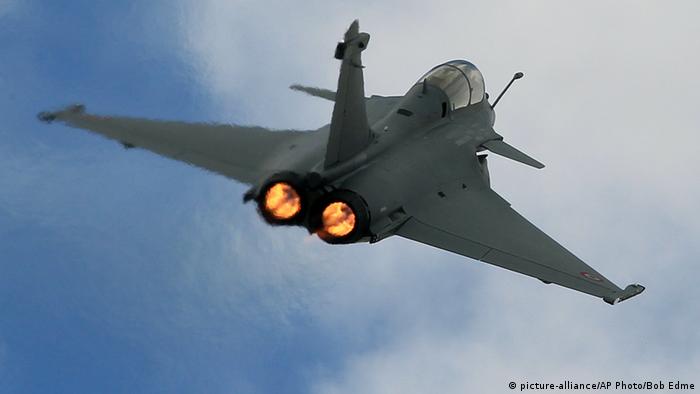 A French Rafale fighter jet on a demonstration flight near Bordeaux

More help for the peshmerga

In any case, the German government wants to show support to its French friends. Both countries agree that the struggle against terrorism is not limited to Syria and Iraq, but is also unfolding in Africa. Germany will carefully analyze France's request, Defense Minister Ursula von der Leyen said, adding that there had been no concrete requests for help. "But of course, we will do everything in our power to provide assistance and support."

After the attacks in Paris, the German government made it clear that it wanted to support the fight against "Islamic State" by continuing its arms supplies and training for the Peshmerga in northern Iraq. Germany could conceivably also expand this assistance. But direct military intervention by German armed forces in Syria, as politicians from the conservative CDU and CSU parties have on occasion called for, is not an option for the German government.

Malian President Boubacar Keita is on a state visit to France. On his itinerary is a Paris OECD conference on Mali's economic recovery and development. Peace in the north of Mali remains fragile. (22.10.2015)

For the first time, an EU member country has activated a largely unknown solidarity clause. France also wants military aid from its partners - and EU defense ministers have pledged support. (17.11.2015)