A German mayor who tried to accommodate 40 refugees but ran into neo-Nazi-led protests has quit. Markus Nierth says the last straw was the reluctance of county officials to shield his family from abuse. 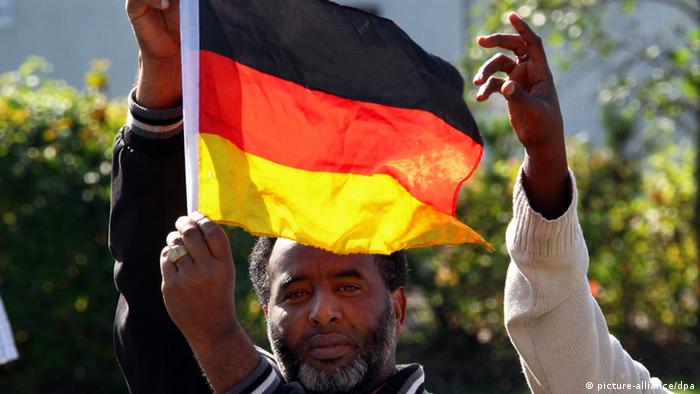 Mainstream German media on Monday characterized the resignation of the mayor of Tröglitz in the eastern state of Saxony-Anhalt as another case of Germany's "welcoming culture" policy being contradicted by far-right xenophobia.

The council of the Burgenland Landkreis district was due to meet behind closed doors on Monday evening to decide on hostel rental arrangements for 40 asylum seekers assigned to Tröglitz, a town of some 3,000 residents.

Nierth and his wife Susanna said the decision to quit was made last Thursday because opponents had planned a further "stroll" intended to end directly outside their home on Sunday.

After consulting their lawyer, they said district authorities had only required organizers to modify the march route under Germany's freedom of assembly laws.

His children were "much too valuable" to be exposed to hate-filled shouting and the sight of armed police officers standing guard outside the house, Nierth said.

Despite a December letter to Tröglitz residents asking them to welcome refugees, Nierth, a 46-year-old theologian who became mayor five years ago, had endured a three-month "tragedy," said the widely-read German news magazine Der Spiegel on Monday.

In recent weeks, the family had faced hostility and insults out of the "bottom drawer," Mrs Nierth said. "He doesn't fear the neo-Nazis, but instead wants to protect his family."

Mrs Nierth said up to 100 mostly far-right opponents were "carted in from outside" and included hardly any local residents.

The ex-mayor told the Mitteldeutsche Zeitung newspaper he felt "abandoned" by the Burgenland district administration. It had failed to defy the far-right by sending a clear signal and had even allowed it to pervert the law of assembly, he added.

Such prayer evenings had taken place since January, Kielholz said.

Asylum-seekers such as Syrians are distributed to Germany's 16 states

Stahlknecht, a member of Chancellor Angela Merkel's conservative Christian Democrats (CDU), said on Sunday: "We don't let anyone intimidate us in our democracy and freedom."

A breakdown of solidarity for refugees and for those who support them contributed to a society that was cold and racist, Gallert said.

On its website, the 1414 square-kilometer Burgenlandkreis district prides itself on its numerous historic castles and opportunities for investors in middle-sized industry and handwork businesses in central Germany. 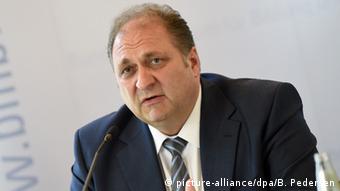 The ZDH represents about one million mostly small and medium-sized businesses, with an overall annual turnover of half a billion euros.

Police in Germany's southwestern state of Baden-Württemberg said perpetrators had caused massive water damage over the weekend at an intended asylum-seekers' hostel in the town of Malterdingen by turning on taps and ripping out a drain pipe.

More jobs are up for grabs in Germany again. The country's employment agency says the number of openings hasn't been as high as it is now for over a decade, and the trend looks set to continue in the months ahead. (25.02.2015)