Some 10,000 leftists from across Europe joined in the marches which have been going on for nearly 100 years. Rosa Luxemburg and Karl Liebknecht were prominent socialists and activists in early 20th century Germany.

Prominent anti-war activists Liebknecht and Luxemburg were killed by a government-supported paramilitary after they led a general strike known as the Spartacus Uprising.

Some 10,000 leftists, also hailing from other EU countries such as France and Spain, marched through the capital to mark the pair's deaths. Prominent Left party politicians Katja Kipping, Bernd Riexinger and Sahra Wagenknecht were also there.

Both were born in 1871, Luxemburg in what is now Poland but then the Russian Empire, and Liebknecht in Leipzig. They later became fierce opponents of World War I. Originally members of the center-left Social Democrats (SPD) that still exists in Germany today, they split from the SPD to form the Communist Party of Germany (KPD) in 1918.

In January 1919, the KPD and other leftists called for a general strike to protest working conditions and the administration of the Weimar Republic. Luxemburg and Liebknecht were shot dead by militants contracted by the government that same month. 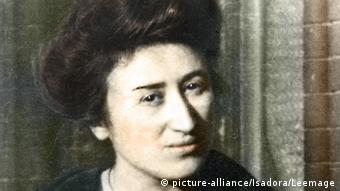 Rosa Luxemburg split from the SPD in 1918

The yearly Luxemburg-Liebknecht demonstrations began almost immediately after the pair were killed, and has been ongoing almost without pause, with the exception of during the Nazi regime, when exiles arranged smaller protests in cities like New York and Mexico City.  The Berlin march goes from the city's Frankfurter Tor square to the socialists' monument in Friedrichsfelde Central Cemetery.

As prominent writers and activists on the subjects of socialism and workers rights, Luxemburg and Liebknecht were held up as martyrs by communist East Germany. Since the war, the demonstrations have been held around different themes, including for example opposition to the First Gulf War and the Iraq War. 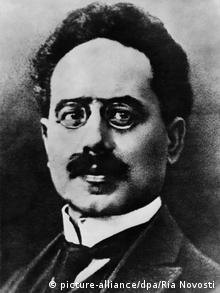 Over the years, the Luxemburg-Liebknecht demonstrations have never lost steam, sometimes attracting up to 80,000 participants. However, they are not without controversy.

Soviet leader Vladimir Lenin is often commemorated alongside Luxemburg and Liebknecht. Also, far-left extremists have been known to carry pictures of leaders widely acknowledged as guilty of mass murder, including Joseph Stalin and Mao Zedong.

In Berlin, thousands of people have taken part in commemorations of the life and work of the German communist leaders Rosa Luxemburg and Karl Liebknecht. The two were murdered by German paramilitaries in 1919. (15.01.2017)