Rosa Luxemburg: a voice from behind bars | World | Breaking news and perspectives from around the globe | DW | 15.05.2014

Rosa Luxemburg: a voice from behind bars

Caught between euphoria and incredulity: How did the Germans experience the outbreak of World War I? DW takes a look at what was going on in the hearts and minds of Germans 100 years ago. This week, Rosa Luxemburg. 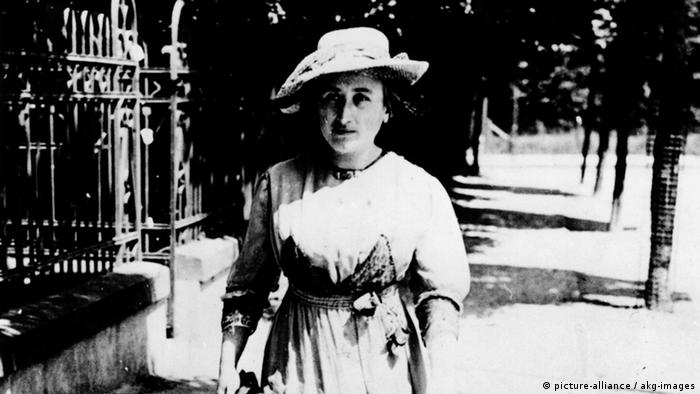 World War I was only a few weeks old when Rosa Luxemburg wrote to a Belgian friend exclaiming her horror that the European workers' movement hadn't managed to avert catastrophe: "The bankruptcy of the International is just as complete as it is horrible!"

She explained that many socialists had begun fighting for their nations - in effect fighting against each other. After the war, Luxemburg expected, they would be held accountable for their "treacherousness." But she wasn't able to write any more, because "prison could swallow me up any moment." The authorities of the German Empire were just waiting for an opportunity to silence the declared pacifist, prominent journalist and rhetorically talented socialist.

Luxemburg had been warning against the war for years, especially at meetings of the International Socialist Congress. She also repeatedly denounced the militarism of her own country, and in spring 1914 found herself at the center of a slander case because she had dramatically decried the mistreatment of soldiers of the German army. Her words brought criticism into public view, and subsequently thousands of cases of abuse were reported. The military leadership was less than pleased by that, with conservative circles in the empire speaking of a "social democratic assault on our army."

But Luxemburg's endeavors weren't successful in the long term. When WWI broke out, her Social Democratic Party (SPD) joined the war effort. When the party accepted the war credits in August 1914, thereby agreeing after heated debate to join the "party truce" in support of the war, Luxemburg was outraged and put all her energy into criticizing the decision and initiating a socialist opposition movement to the war. In March 1915, she was arrested on charges of treason. She only enjoyed five months of freedom in 1916 before being put behind bars again. 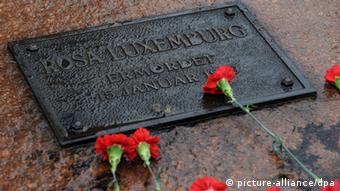 To this day, people honor the efforts of Rosa Luxemburg in her fight for socialism

Her release didn't come until November 8, 1918, after the war had ended. And it was precisely then when she decided to settle old scores with the socialist "traitors." She fought against the old SPD party for the founding of a Republic of Soviets, and became the co-chair of the newly founded German Communist Party (KPD) along with Karl Liebknecht.

But in January 1919, after only two months of freedom, Luxemburg was shot by right-wing volunteer corps officers. A popular voice fighting for a socialist Germany had been silenced - once and for all.

Ernst Troeltsch and the power of the pen

Caught between euphoria and incredulity: How did the Germans experience the outbreak of World War I? DW takes a look at what was going on in the minds and hearts of Germans 100 years ago. This week, Ernst Troeltsch. (09.04.2014)

A young teacher, the love of God, and the horrors of war

Caught between euphoria and incredulity: How did the Germans experience the outbreak of World War I? DW takes a look at what was going on in the hearts and minds of Germans 100 years ago. (09.04.2014)

Caught between euphoria and incredulity: How did the Germans experience the outbreak of World War I? DW takes a look at what was going on in the hearts and minds of Germans 100 years ago. This week, Wilhelm II. (09.04.2014)

Moltke: the fallen chief of staff

Caught between euphoria and incredulity: How did the Germans experience the outbreak of World War I? DW takes a look at the hearts and minds of Germans 100 years ago. This week, General Helmuth von Moltke. (09.04.2014)

Historian Christopher Clark, author of "The Sleepwalkers: How Europe Went to War in 1914," discusses with DW the complexities of war, and why Putin's behavior does not represent Russia.

He was a man of new beginnings. Friedrich Ebert led Germany through difficult times after it lost the First World War. Both admired and controversial, he was also the victim of a smear campaign by far-right forces.