German inflation jumps to its highest level in a quarter-century | Business | Economy and finance news from a German perspective | DW | 30.08.2021

German inflation jumps to its highest level in a quarter-century

Economists expect consumer prices in Europe's largest economy to continue to rise in the coming months, with some projecting inflation rates could reach 5%. 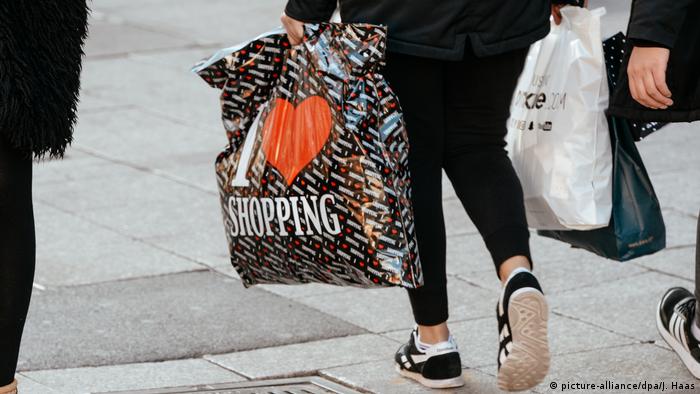 Rising inflation means the money in your pocket buys less

Inflation in Germany continued to rise in August, with the nation's Federal Statistical Office announcing on Monday that prices rose 3.9% year-on-year , according to preliminary calculations.

It's the highest inflation the country has recorded in over a quarter of a century. The last time annual inflation was higher than this was in December 1993, when it was 4.3%.

Consumer prices in Europe's largest economy have been increasing for months, fueled by rising energy and food prices as well as the withdrawal of a temporary reduction in value-added tax (VAT), which was aimed at mitigating the economic effects of the COVID-19 pandemic last year by boosting domestic consumption.

Economists expect consumer prices to continue to rise in the coming months, with some projecting inflation rates as high as 5%. But they view it as a temporary phenomenon.

A return to inflation under the European Central Bank's (ECB) 2% target was likely, she said, but warned that shortages of key components such as computer chips could have an "impact on consumers' wallets, as companies are likely to pass on the higher costs at least partially."

Is it just going to be temporary?

Higher inflation, meaning a rise in prices across an economy, weakens the purchasing power of consumers. In other words, the money in your pocket buys less.

In the case of hyperinflation, prices rise by 50% or more per month. In the 1920s, extreme hyperinflation in Germany devastated the economy and fueled political instability, which preceded Nazi rule.

But central bankers say the current rise in prices is a temporary fallout of the economic disruptions caused by the coronavirus global health emergency.

Supply chains have been disrupted by demand first collapsing and then coming back quickly, making prices volatile.

They argue that factors pushing up prices would disappear once the global economy normalizes, pandemic-hit businesses return to full capacity and supply chain issues are resolved.

But others are skeptical. They warn that high inflation could last longer than central bankers currently think.

Is inflation good or bad?

Many economists support a low to moderate inflation target of around 2% per year. When inflation breaches that figure, some parties benefit while others lose out.

Inflation is usually considered a problem when it goes above 5%, Brigitte Granville, a professor of economics at Queen Mary University, London, told DW in July.

If inflation causes a currency to decline, then it can benefit exporters by making their goods more affordable when priced in other currencies.

People with assets priced in a particular currency may like to see some inflation as it raises the price of assets like property or commodities,

It can benefit borrowers because the inflation-adjusted value of their outstanding debts shrinks.

However, higher inflation tends to harm savers as it erodes the purchasing power of the money they have saved.

People holding assets denominated in currency, such as cash or bonds, may also not like inflation, as it erodes the real value of their holdings.