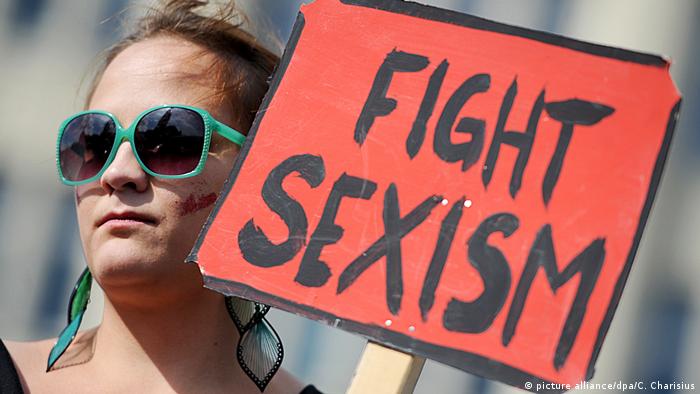 Cologne appellate judges ruled that Germany's post-war laws against hate speech or incitement of the people also protects women from blanket insults, as its main aim is to uphold human dignity.

Prosecutors had sought the ruling — made last week but published on Monday — which sends the case back for retrial before Bonn's High Court but within another of its chambers.

Set to face retrial is a man who had made repeated references on a website he ran to women as "second class people," "closer to animals" or as "inferior humans."

The man initially received a fine but was then acquitted at an appeals court in Bonn, where judges argued that Paragraph 130 in Germany's Penal Code — outlawing hate speech [Volksverhetzung] — protected minorities but not women, a word omitted in the paragraph.

Applies to women as group

Unconvinced, Cologne's OLG Higher Regional Court on Monday said the paragraph's reference to "sections of the population" did indeed apply to women in terms of the law's goal of preventing discrimination and its interpretation though legal history.

"The section of the population included in the scope of protection is in no way limited by the characteristics expressly mentioned," said the OLG.

"Moreover, the application of the law can hardly be made dependent on coincidences of possibly changing majorities," added the OLG Cologne. As in the majority of the world, Germany's female population is slightly larger than its male one, at a ratio in the region of 52-48.

The defendant's depiction of women in numerous homepage entries as "subordinate," his disregard for the principle of equality and his attacks on their human dignity amounted to punishable incitement, said the OLG, one of three top courts in North Rhine-Westphalia (NRW), Germany's most populous state.

Germany's outlawing of mass incitement under Paragraph 130 is typically used in cases of hate speech by far-right extremists against minorities.

The law can be punishable with a prison sentence of between 3 months and 5 years. It lists two main cases, with the first talking about inciting hatred or even violence against "a national, racial, religious group or a group defined by their ethnic origin," but the second is more general, applying to anyone who "violates the human dignity of others by insulting, maliciously maligning or defaming one of the aforementioned groups, sections of the population or individuals."

At the outset, Bonn's lower Administrative Court had fined the homepage user, only to have that conviction turned into an acquittal by Bonn's Higher Court, prompting prosecutors in turn to appeal in Cologne and seek retrial.