The Greens have long warned of the extreme weather effects of climate change. Now, they're proposing a program to prevent a recurrence of July's flood disaster. 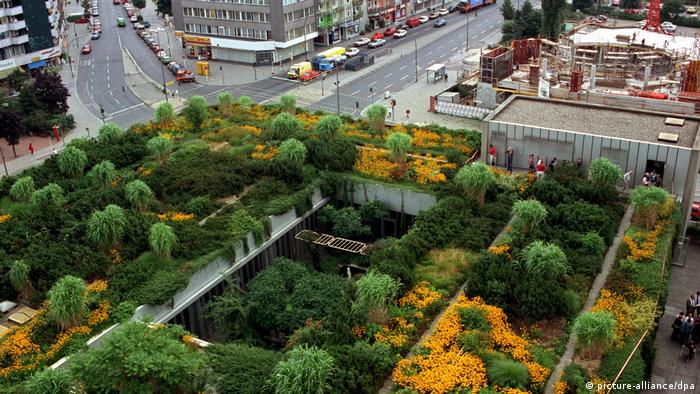 The Greens want to change the nature of urban areas

The Greens hesitated for a long time. In the wake of damage, suffering, and death following the floods in western Germany in mid-July, they seemed to not want to say that they had seen it all coming.

Leaders of this environmentalist party were cautious in their visits to the affected regions. Unlike Chancellor Angela Merkel and regional leaders, they focused on calls for donations, while praising volunteers, Germany's agency for technical relief (known as THW), and the German armed forces.

But now, as the federal election campaign moves into high gear, they are once again emphasizing the issue they consider to be the core of their brand: climate change. And that includes preparing for extreme weather.

The party's co-chair Robert Habeck, parliamentary group leader Anton Hofreiter and climate expert Oliver Krischer have presented an eight-page paper proposing a whopping €25 billion ($30 billion) program for the next 10 years. It calls for stronger dams and dikes, an end to sealing over land, more green spaces in cities, and to undo the channelization of rivers.

The German Green party's candidate for chancellor and party co-chair Annalena Baerbock is not an author of the paper. Despite a strong start to her campaign including very strong polling, after negative media attention regarding inflation of achievements on her resume and accusations that sections of her book may have been plagiarized, Baerbock seems to have faded from the spotlight.

Now, the party appears to be seeking to divert attention toward the issues in order to push forward its party platform and present fresh ideas.

"We want to invest more in preparedness, and make that the guiding principle of our politics. For that, we need a climate fund to invest in projects such as 'sponge cities,' flooding and health protection measures, and adapting the sewer systems," said Franziska Brantner, a Green member of parliament from the southwestern state of Baden-Württemberg.

"Sponge cities" refer to measures such as green roofs, which absorb rainfall and result in less runoff. Earth surfaces that have been sealed off by concrete and pavement in cities may be transformed into green space wherever possible. This allows water from rain to soak back into the earth, recharging aquifers instead of flooding urban areas. 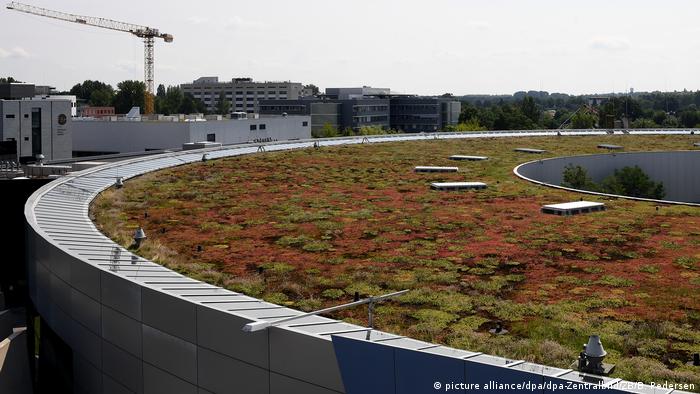 Brantner also believes that cooperation among different levels of government needs to change. "Optimized structures and agreements between the federal, state, and local governments, better warning systems, and heat plans are crucial. Adapting to the climate crisis is a huge challenge that we need to address now," he said.

Robert Habeck called the overall strategy "closing the gap between the energy transition, climate protection, and disaster prevention." He added that "global warming is real. The only question is how we can slow it down."

Public debt — this time for the climate

The paper also calls for a climate and disaster registry that includes a detailed list of the kinds of damage possible and regions particularly at risk.

But just two months ahead of the general elections in Germany, other parties are not yet willing to surrender the issues of climate protection and preparation for extreme weather to the Greens without a fight.

The Greens paper also includes critiques of the federal government's budget policy. The pandemic has been costly for the state, and has led to new highs in borrowing.

Although the €25 billion proposed by the paper is also to be borrowed, the Greens qualified this: "We think tax cuts for the wealthy and rigid adherence to the notorious debt brake are wrong. By abandoning the rigid debt brake, we are enabling a decade of investment in the future." 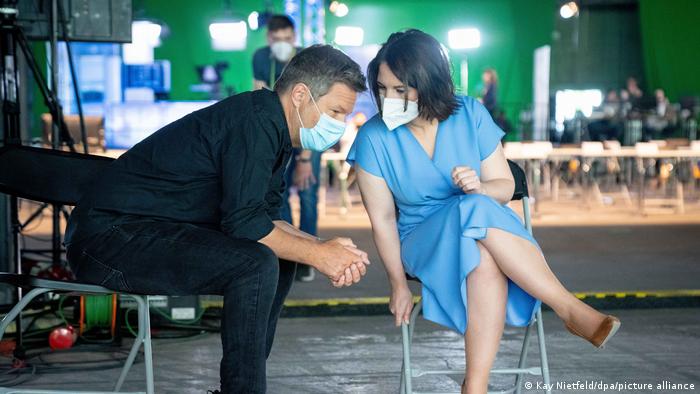 While the balanced budget measure known as the "debt brake" (Schuldenbremse) was indeed largely ignored during the pandemic, it has nevertheless been in effect for a decade, and obligates governments to assure that spending does not exceed income.

Due to this constellation, the Greens have few political partners with whom to implement their concept — particularly once coalition building begins after September's vote.

This article has been tranlsated from German.