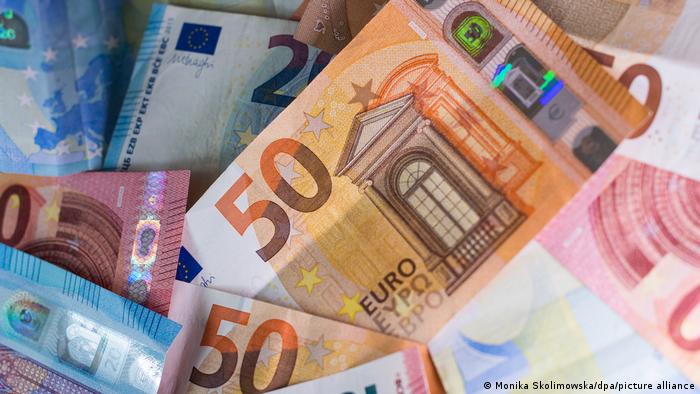 Germany's coalition government on Friday once more decided to take on high public debt in its 2021 budget to combat the economic effects of the coronavirus pandemic.

After a meeting lasting more than 17 hours into the early hours of the morning, the parliamentary Budget Committee presented a planned budget foreseeing €180 billion ($215 billion) in fresh debt.

The budget reckons with expenditure of €498.6 billion, around the same level seen this year.

The amount of debt goes far beyond that envisaged by Finance Minister Olaf Scholz in his original draft budget in September, which planned €96,2 billion in fresh debt.  It is also €164.227 billion more than is allowed by Germany's so-called debt brake, which parliament will have to waive for a second time.

The planned debt is second only to the record of €217.8 billion set this year in July.

'Pandemic of the century'

Eckhard Rehberg, a Christian Democrat (CDU) member of the budgetary committee, said that "the 2021 federal budget is completely marked by the coronavirus pandemic. The high debt is necessary to get our country safely through the pandemic of the century."

The budget plans some relief for many German households. Among other things, most people living in Germany will not have to pay the "solidarity tax" introduced three decades ago to finance the costs of reunification with East Germany. The child allowance is also to rise by €15 per month per child.

However, the budgetary expert for the Green party, Sven-Christian Kindler, criticized the budget for leaving unemployed and solo entrepreneurs "out in the rain." He also said investments in making the economy climate-neutral were much too small.