The Bundeswehr had been engaged in Afghanistan for 13 years. Now that the German armed forces are withdrawing from the war-torn country, Afghanistan's future looks as uncertain as ever. 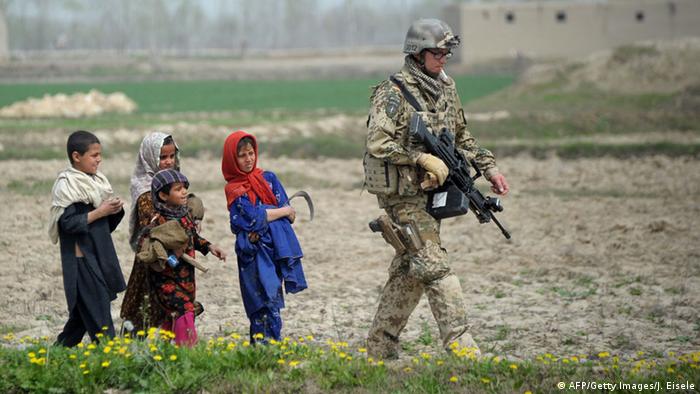 "As I was walking down the street, a car skidded and there was an accident. Fortunately, a German military convoy was nearby. The soldiers rushed to the car to help the driver," said Ahmad Jawed, an Afghan citizen from the country's northern Kunduz province. Jawed said he could never forget this humane act. It helped him form his opinion about the German army.

Jawed, however, stressed that since the German troops' withdrawal from Kunduz in October 2013, things have changed in the province. The security situation has worsened and people are losing jobs, he pointed out. He wished the German army hadn't left the country.

Afghans had known about the impending departure of the German forces. But now it is a reality. First, the troops withdrew from some parts of the north; they have now left their last base in Mazar-e Sharif. This marks the end of an era - the German army's more-than-a-decade presence in Afghanistan. 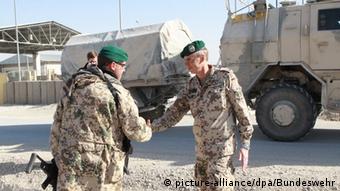 The German forces ended their mission in Kunduz in October 2013

Some 4,200 soldiers were stationed in the country until recently. Around 850 troops will remain to train and support the local Afghan forces.

The first German troops stepped on the Afghan soil in 2002 to support the NATO-led International Security Assistance Force (ISAF) mission. After decades of war and the Taliban rule, the country was in ruins. The German forces were also tasked to help in the reconstruction work.

"The main problem for the Bundeswehr in Afghanistan was that the West wanted to win the war against Islamists and present it as a success on the international stage," Philipp Münch, an expert at the German Institute for International and Security Affairs (SWP), told DW.

Münch added that the West lacked the knowledge of Afghanistan and had no clear strategy for the country. "The German government, therefore, followed traditional practices and responded mainly to developments on the ground."

The Foreign Ministry in Berlin has confirmed that a German national has been killed in a suicide attack at a French cultural center in Kabul. The Taliban has claimed responsibility for the attack. (12.12.2014)

Opinion: The donors are tired

If the Afghan NGOs and the international aid organizations can't see eye to eye, there will be no fresh money from the West, says DW's Florian Weigand. (05.12.2014)

What does the US-Afghan security deal mean for bilateral ties?

Afghanistan's new government has signed a long-delayed security deal with the US allowing Washington to leave some troops beyond 2014. Analyst Scott Smith speaks to DW about the implications of the deal for both nations. (30.09.2014)

It worked for some time. The Islamists took many years to reorganize themselves after the US-led invasion of the country and the ouster of the Taliban government in Kabul. But the situation changed after 2006 as the insurgency began to mount.

The German army had to replenish its military power to fend off the Taliban's ever-increasing attacks on civilians and military targets. The ISAF's main goal was to protect civilians and reconstruct the country, not to engage in a protracted war with the militants.

"On a national and international level, the military finances rose to over 90 percent," said Conrad Schetter, an Afghanistan expert at Bonn University's Center for Development Research. "It is not workable if the cost is more than the actual business," he told DW.

However, Schetter said he wouldn't call the entire mission unsuccessful. "There were some areas where the international forces achieved great results. For instance, a certain level of security was achieved in northern Afghanistan," Schetter mentioned.

This view is shared by Münch. "After all, a new civil war was averted. The presence of the German army and ISAF forces ensured that local warlords, who are not always on the side of the Taliban, held back and didn't start fighting with each other or against the state," the analyst stressed. 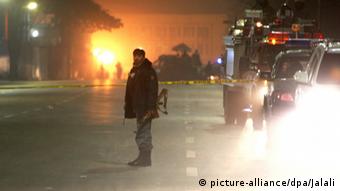 And now with the emergence of new conflicts in places like Ukraine, the focus on Afghanistan will be limited. But the German officials have assured that the South Asian country will not be totally ignored. It is, however, yet to be seen what lies ahead for Afghanistan.