Two teams from southwestern Germany played a 168-hour game from May 29 to June 5 that ended in a draw. The match already surpassed the previous record holder on June 3. 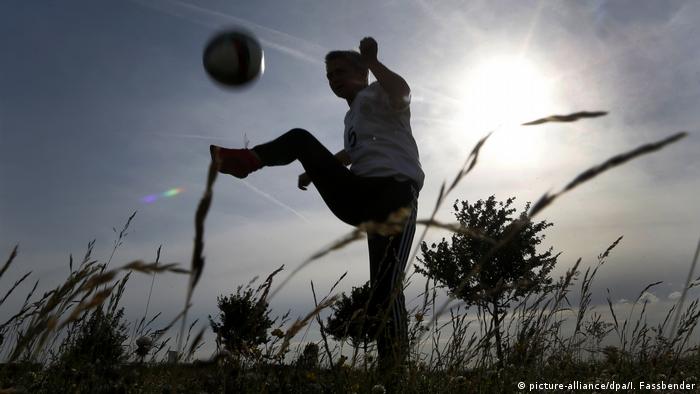 Two German clubs are set to enter the Guinness Book of World Records for completing the longest ever football match, playing a continuous 168-hour game that began on May 29 and ended late Wednesday.

The final score between "Sportfreunde St. Wendel-Winterbach" from the southwestern state of Saarland against "Thank God it's Friday Event Club" from the neighboring state of Rhineland-Palatinate was 1802 to 1802.

Two British teams had set the previous record of 108 hours in 2016. Winterbach and Thank God it's Friday surpassed the 109 hour-mark on June 3.

"We wanted to pack a whole load of hours on the previous record so that nobody would have the idea of ever contesting the title again," organizer Thomas Handle told the DPA news agency.

Each team fielded 18 players, who took a five-minute break every hour and were not allowed to leave the pitch for the duration of the game.

The Guinness Book of World Records is yet to confirm the achievement.

An international team of artists succeeded in building a sandcastle that is almost a meter higher than the previous record holder. The triumph came two years after a similar attempt to break the record ended in tragedy. (05.06.2019)

Organizers of the event in southern Germany have said they gathered more than 2,000 Smurfs. Participants had to cover every part of their body in either blue paint or in a costume. (17.02.2019)