Organizers of the event in southern Germany have said they gathered more than 2,000 Smurfs. Participants had to cover every part of their body in either blue paint or in a costume. 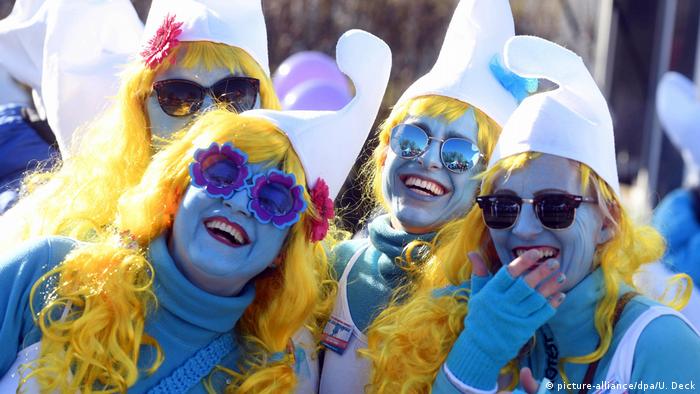 A large gathering in the southern German town of Lauchringen, near the Swiss-German border, broke the record for the largest concentration of people dressed as Smurfs.

The feat was provisionally confirmed by the Record Institute for Germany, but still needs the seal of approval from the Guinness World Records.

Organizers managed to gather 2,762 people dressed in the legendary comic and cartoon characters. The last record had been set in 2009 by 2,510 students of the Swansea University at Swansea Oceana in the UK.

To count, individuals had to adhere to strict rules. Only those already dressed as Smurfs and who participated in the group photograph would be counted.

All body parts had to be painted in blue or covered with the Smurf costume, and the signature white cap was mandatory. 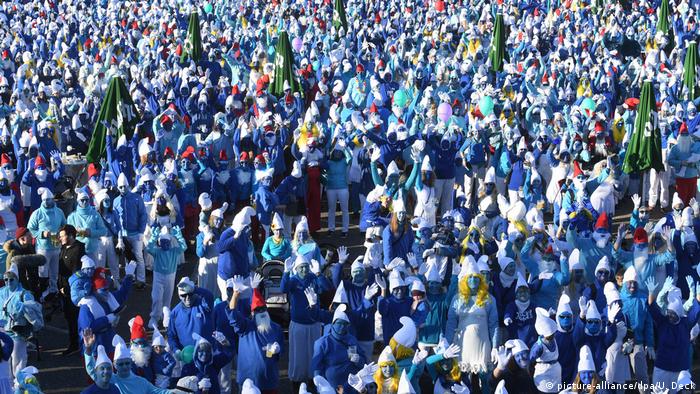 Smurfs gathered in Lauchringen had to pose for a group picture

Organizers in Lauchringen had attempted to break the record was in 2016, but the group fell short with only 2,149 Smurfs. A spokesman for the event said that this year, more families with children were in attendance, which helped raise the number.

The Smurfs were created by the Belgian cartoonist Pierre Culliford, known as Peyo, in the 1950s and are blue, small, gnome-like creatures who live together in a village.

As their popularity grew over time, their story transitioned to television cartoons and live-action/animated films.

When cartoonist Peyo first introduced the Smurfs as supporting figures in a 1958 comic, he had no idea that they would go on to become some of the world's best-loved comic characters. And the story all began with salt... (23.10.2018)