When cartoonist Peyo first introduced the Smurfs as supporting figures in a 1958 comic, he had no idea that they would go on to become some of the world's best-loved comic characters. And the story all began with salt...

In some films, the supporting actors outshine the main protagonists. The same can be true of comic book characters — and that was exactly the case with the Smurfs.

They first appeared 60 years ago on October 23, 1958 in the Belgian comic magazine Spirou as minor characters in a strip called Johan and Peewit. Their debut story was originally named The Flute with Six Holes, but it was changed to The Smurfs and the Magic Flute once the little blue-skinned creatures skyrocketed to world fame.

From saltshakers to comic book success

The creator behind the smurfs, Belgian cartoonist Pierre Culliford, better known as Peyo, thought the white-capped creatures would be a short-lived phenomenon. But the Smurfs' growing popularity eventually led him to set aside the Johan and Peewit strip and give the creatures a series of their very own, which meanwhile has been translated into 25 different languages.

In the original French, Smurfs are known as "Schtroumpfs." The story goes that Peyo was having breakfast one morning with a friend when he simply couldn't remember the word for salt shaker. "Pass me the schtroumpf," he said. That moment of brain freeze was the starting point for one of the world's most successful comics. 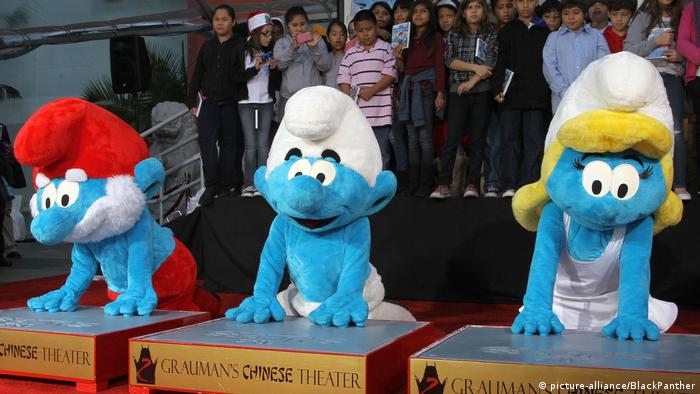 The little, blue, human-like smurfs live happily in mushroom-shaped houses in the forest, where they work, tinker around and make music. But they have to keep watch for their archenemy, the evil wizard Gargamel. He is perpetually hunting for them because he needs at least one to make gold — though he would rather do away with them all.

Most Smurfs personify either a different character trait, such as Clumsy Smurf or Jokey Smurf, or a different profession, like Farmer Smurf and Doctor Smurf.

The blue creatures made their silver-screen debut with The Smurfs and the Magic Flute. It was released in French in Belgium in 1976, with a German-language version that came out the same year. An English version hit UK movie theaters three years later, but it wasn't until 1983 that this version was released in the US. 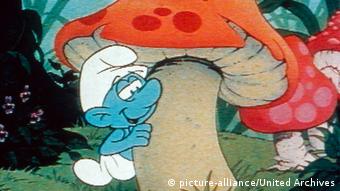 It took longer for the Smurfs to build a following on the other side of the Atlantic. The turning point was 1981, when Hanna-Barbera Productions, the major American animation studio behind such hits as Scooby Doo and The Flintstones, started the Saturday-morning cartoon series The Smurfs, thereby cementing the little blue creatures in the weekly rituals — and the hearts — of a generation of American children. Two years later, German public broadcaster ZDF began showing the series as well.

Though the TV series ended, the Smurfs were here to stay. New comic books depicting their revelries and mishaps in their enchanted land continue to appear. And in recent years, they became the stars of a trilogy of live-action/computer-animated films. At 60, the little blue creatures are still going strong.

Check out our picture gallery above to dive deeper into the world of the smurfs.

The indomitable Gauls Asterix und Obelix are off again on a new adventure. Volume 37 takes the two best friends into the lion's den - to ancient Italy, where their arch enemy Julius Caesar rules in Rome. (19.10.2017)

They began as supporting actors and conquered the world: 60 years ago Belgian cartoonist Peyo published the first Smurfs story. The little blue creatures are now found in comics, films, a TV series and as gummi candies. (23.10.2018)