Belgium tries to revive its comic strip scene | Europe | News and current affairs from around the continent | DW | 02.10.2012

After once being a powerhouse in comic strip production, Belgium has lost ground to other countries. But the famous birthplace of Tintin, the Smurfs and Lucky Luke is trying to make a come-back by supporting its artists. 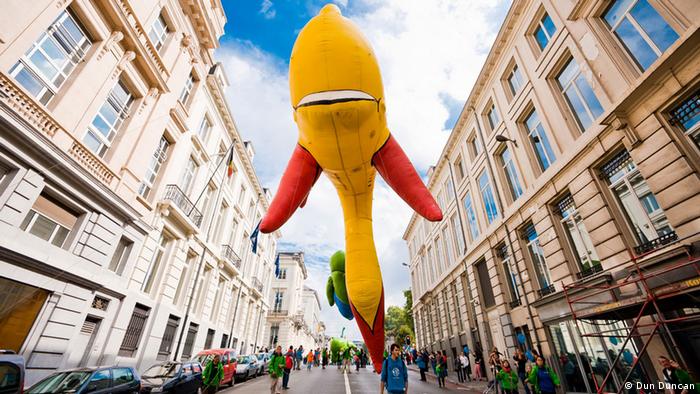 The commercial world of comic books has changed since the heyday of Tintin, Spirou and The Smurfs. Until the 1970s, Belgium used to be the king of the comic strip, with comic magazines like "Tintin" and "Spirou" selling 25,000 copies a week.

Today, most of the big Belgian comic book publishing houses have been bought up by multinational companies. And the country's comic strip output has been dwarfed by new players like Japan and Argentina as well as old heavy-weights like the US and France. But Belgium has started fighting back, setting up a government-funded Comic Book Commission in 2007. With an annual budget of 130,000 euros ($168,000), it promotes new Belgian comic strip art - and funds 30 to 40 projects with grants ranging from 1,000 to 10,000 euros each year. 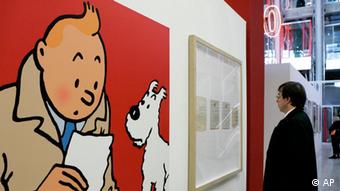 "It's essential to be able to support people who can take time to explore new graphic modes of expression, new forms of narrative, new ways to step outside the box," Bruno Merckx, director of Belgium's Comic Book Commission said.

The products of this effort tower on the bookshelves behind Merckx in his office. But the work does not stop there. "The symbolic element of all this is that this helps the comic strop emerge from the category of subculture or subgenre. A comic book author is a literary author in his own right," he said.

Signs of success are beginning to emerge in the once-stagnant Belgian comic book landscape after five years of such state support. Once a year, the country's grassroots and independent publishing houses, many of them partially funded by the Comic Book Commission, come together for the Cultures Maison trade fair and expo.

Stands of small publishing houses as well as self-publishing authors and fanzine-style comics line the expo hall in Brussels. 2012 marks the third year of Cultures Maison. Organizer Francesco Defourny says the preoccupation of these up-and-coming Belgian comic book artists is where they can take the genre next.

"There is a work of reflection on how we conceive books today in our age of the internet," he said. 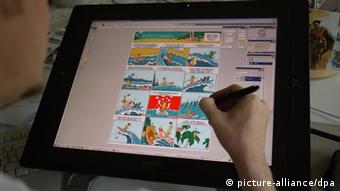 The digital age is here, and the e-comic may be next

"GrandPapier is an idea to bring the things we want to read together in one place and to be able to offer an online publication platform to other comic book authors," GrandPapier.org's founder Sacha Goerg said.

According to Goerg, the site has about 400 contributors and has published some 2,000 comic book stories since it started five years ago. It now gets 400 readers a day and is planning to develop an e-comic format for comic books that will be adopted by the major publishing houses.

"We have a crazy project. We want to see how we can manage to automatically generate digital formats from comic stories posted to our site, so people can either go on Grandpapier.org or download a comic book as an e-book," Goerg said.

If Belgium succeeds in gaining an edge in this respect, there may be some new faces among the giant balloon figures that parade the streets during the annual comic book festival - inspired by Belgian comic strips.

Reinhard Kleist tells the story of the Polish Jew Harry Haft in the form of a comic. To entertain the Nazi soldiers in Auschwitz, Haft had to box against other prisoners - for life or death. (13.08.2012)