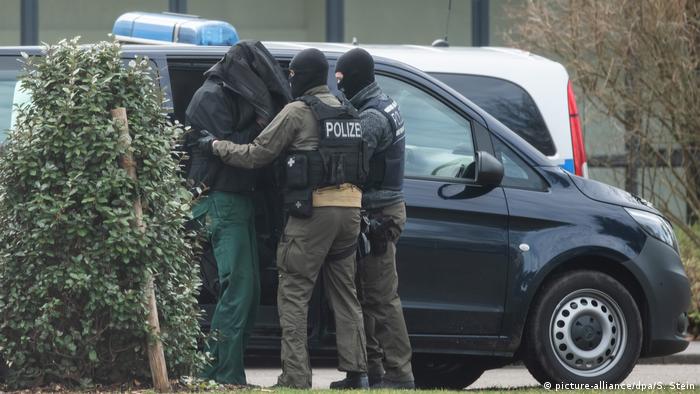 Investigations into members of a far-right "terror cell" arrested on Friday have indicated that they were planning "shocking" large-scale attacks on mosques in Germany, a government spokesman said on Monday.

"It's shocking what has been revealed here: that there are cells here that appear to have become radicalized in such a short space of time," said Interior Ministry spokesman Björn Grünewälder. He said that in the current security situation, attacks on places of worship could not be ruled out, though the threat was "abstract."

In response to the reports on the men's alleged intentions, Chancellor Angela Merkel's spokesman stressed that Germany would work to preserve the right of people to practice their religion without danger.

"It is the task of the state, and of course of this government, to protect the free practice of religion in this country, no matter what religion it is," Steffen Seibert said.

The Welt am Sonntag newspaper reported on Sunday that the group of German nationals dubbed their cell "Der harte Kern" (German for "The Hard Core"),

Prosecutors say the men wanted to cause "circumstances akin to civil war" by plotting "yet-unspecified attacks against politicians, asylum-seekers and Muslims."

Authorities arrested the 12 men in a series of raids in several German states on Friday. Germany's Federal Court of Justice, the highest criminal court in the country, ordered the men on Saturday to remain in jail while the investigation continues.

Four of the detainees are suspected of forming a right-wing terrorist organization and the remaining eight of pledging their support, including funding, supplying of weapons, or cooperation in any terror plots. 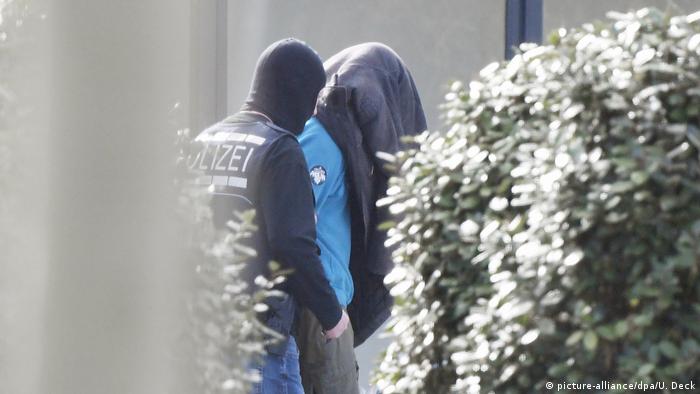 The suspects were accompanied by police to Germany's highest criminal court

Welt am Sonntag reported that the men were introduced to one another through the Facebook-owned messaging service WhatsApp, with the alleged members forming the organization in September last year. One more man was believed to be a part of the group, but he remains at large.

According to the paper, the investigators also discovered links with the extremist group Soldiers of Odin, which was founded in Finland in 2015, amid the European Union refugee crisis.

While official information remains scarce, local media also reported that the police found weapons while raiding a total of 13 residences across six German states on Friday. The weapons included a so-called slam gun, a home-made scatter rifle, similar to the one owned by the anti-Semitic gunman who tried to attack the synagogue in Halle last October and instead killed two passers-by.

In an interview with DW, the secretary-general of the Central Council of Muslims in Germany Abdassamad El Yazidi described the elaborate plans of the far-right group as reaching "unprecedented dimensions in Germany."

Yazidi said Muslims in Germany are currently feeling "highly insecure," "abandoned" and "frightened." He explained what makes Muslims feel the most insecure is that "such horror stories are not commented on in society," and that there is "no clear, strong expression of solidarity."

When asked whether he believes politicians are deliberately silent, Yazidi responded, "of course ... it does apply to a very large part of those who — when they talk about Islamophobia, about attacks, about Muslims in Germany — they still feel compelled to refer to the German 'basic order,' as if the majority of Muslims in Germany were against the 'basic order' and against democracy."

Yazidi said that the Muslim community in Germany does "not get the necessary protection from police" and called on better protection in places of worship and for Muslim representatives.