German factory orders have dropped steeply amid a downturn in demand from manufacturers — particularly from countries outside the eurozone. 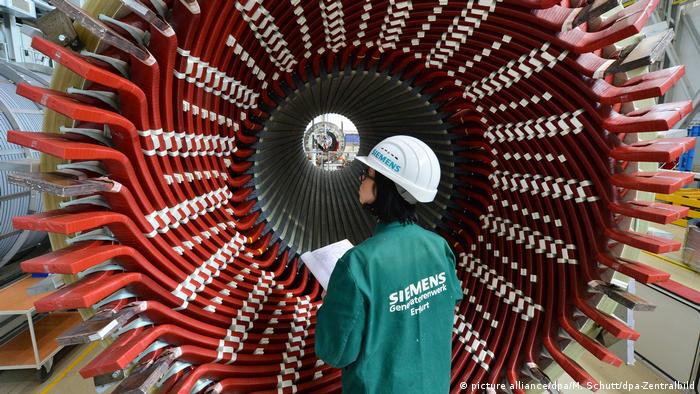 It's the second big drop in three months, with orders having fallen by 8.8% in August and rising by 1.8% in September.

Demand on Germany's manufacturers is seen as an important indicator for Europe's biggest economy.

The drop in demand is attributed to ongoing supply-chain bottlenecks and a resurgence of the COVID pandemic.

"The second sharp fall in orders within the past three months imply a further dampener on economic prospects," Germany's Economy Ministry said.

However, the ministry warned against placing too much emphasis on the results.

The results "should not be overinterpreted," it said, stressing that the market was particularly volatile at present.

Excluding bulk orders, which can significantly skew monthly figures, the fall had been just 1.8%, the ministry noted.

Economists had predicted that there would be moderate monthly fall of 0.5%.

While domestic orders rose by 3.4%, foreign orders declined by 13.1% in October.

There was only a 3.2% fall in orders from Germany's eurozone partners, but demand from outside plummeted by 18.1% — dragging overall perfomance down.

The German Economy Ministry said demand for investment goods such as factory machinery — an important part of Germany's export market — was down by 10.7% in October.

Compared with last year, factory orders in October dropped 1%, in contrast to a 10.3% year-on-year rise a month ago.

Meanwhile, data showed that manufacturing turnover actually grew 3.6% or the month, after a revised 0.1% drop in September.

Compared with October 2020, turnover was down by a calendar-adjusted 2.6%.