German economic growth in the third quarter has beaten analysts' expectations as stronger investment propelled GDP expansion in Europe's powerhouse. Some pundits see a risk of the economy overheating. 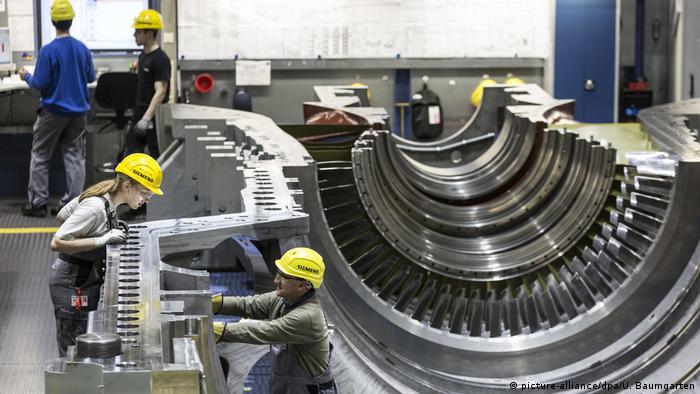 The German economy grew at a healthy pace of 0.8 percent in the third quarter, the Federal Statistics Office (destatis) announced Tuesday.

This was stronger than the consensus forecast of 0.6 percent and marked an increase from the 0.6 percent logged in the previous quarter.

Data released in recent weeks revealed that German business confidence hit an all-time high in October, while unemployment held at a historic low and job vacancies climbed to a new record.

"Germany's economic success story goes on and on and on," said economist Carsten Brzeski of ING Diba bank. He said he saw little reason to expect a sudden end to the country's "golden cycle," given the low interest rate environment, the strong labor market and the expectation that the incoming German government would boost spending.

Berlin's council of economic advisor had raised its growth forecast for the whole year to 2.0 percent, but warned the economy risked overheating amid what the pundits described as "a major upturn."

Tuesday's figures give Chancellor Angela Merkel a tailwind as her conservative bloc tries to forge a tricky three-way coalition government with the pro-business FDP and the Green party, an alliance untested on a national level.