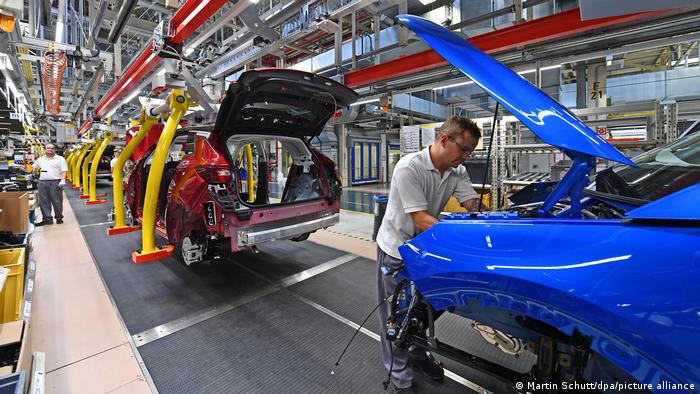 Germans planning to buy a new car these days have to dig deeper into their pockets because rising prices in the auto industry have made vehicles €360 ($416) more expensive on average than a few months ago.

"Fewer used cars on the market and lower rebates from manufacturers have caused the prices of the 30 top-selling cars, as well as those for electric and hybrid cars, to surge recently," an auto expert from the Center Automotive Research (CAR) in Duisburg, Ferdinand Dudenhöffer, told DW.

Higher showroom prices, however, were mainly the result of exploding costs in the auto industry, he added, as a global semiconductor shortage was weighing on margins for carmakers around the world. "The chip shortage is boosting net prices for cars, and limiting the ability of sellers to offer discounts to customers," Dudenhöffer explained.

The global chip crisis is not only boosting factory-gate prices of cars: It's even dramatically cutting vehicle production. A number of carmakers have been forced to cut shifts or reduce working hours in the past few weeks.

Italian-American auto giant Stellantis — a conglomerate of former US carmaker FiatChrysler and the French PSA Group — is one striking example. On Thursday (September 30), the company announced that its German subsidiary Opel would have to stop producing cars at its plant in Eisenach, Germany at least for the rest of the year. Workers there would be put on zero-hour work schemes until the chip crunch eased, hopefully at the beginning of 2022, the company said.

Delivery delays and parts shortages have caused prices to soar in various German industries beyond carmaking. Overall, German inflation in September jumped to 4.1%, according to preliminary figures — the steepest year-on-year rise in almost 30 years.

Germany's Federal Statistics Office (Destatis) attributes the rise partly to so-called base effects resulting from a 3% cut in sales tax adopted by the government in July 2020 to fight the COVID-19 economic slump, and lower energy prices during the pandemic. But global supply bottlenecks were also to blame for the inflation spike, the statisticians said.

While the lack of enough semiconductors is weighing especially on industries like carmaking and electronics, the construction sector is suffering enormously from shortages in timber, steel and plastics. Prices there have also gone through the roof.

Behind problems worldwide is a massive mismatch between supply and demand caused by the COVID pandemic. As vaccination campaigns in various industrialized countries are beginning to take hold and lockdowns are being eased, economies are rebounding from the crisis, with demand for materials and goods surging dramatically.

At the same time, though, many manufacturers are still in crisis mode and only just beginning to raise output. Difficulties in bringing furloughed employees back to work and lockdowns still existing in some emerging market economies are compounding the current problems.

Sports apparel maker Adidas, for instance, is suffering major production outages at its suppliers in Vietnam as the Southeast Asian nation remains in the tight grip of the pandemic with infections rising again. Desperate for deliveries, Adidas has announced it's considering temporarily relocating some of its production out of Vietnam. 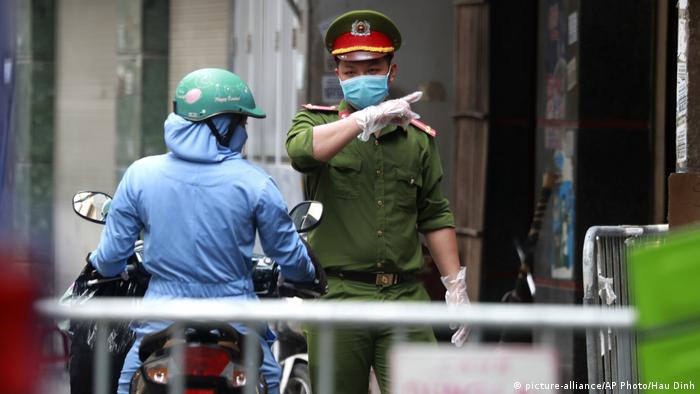 Adidas rival Nike is facing the same problem with Vietnamese manufacturers, as the country has become one of the biggest suppliers for the global fashion industry. Nike Chief Financial Officer (CFO) Matt Friend has said that restarting production and regaining pre-crisis output levels would take months. Friend's view was echoed by German company Puma, who said in a press release recently that the entire global textile industry is impacted by the pandemic situation in Vietnam.

Media reports also said lately that iPhone-maker Apple may face delivery bottlenecks regarding its latest iPhone 13 model, suggesting that potential buyers must prepare for limited supply of the gadget in stores.

Temporary or for longer?

A few months ago, central bank officials in the United States and Europe were still optimistic that the pandemic-induced period of rising inflation would be only temporary, as US Fed Chairman Jerome Powell insisted in July. 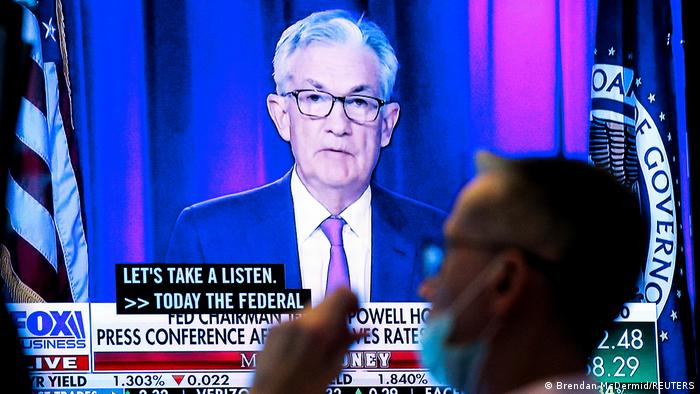 Meanwhile, though, they appeared not so sure anymore that global supply chain constraints, which are fueling inflation, can be fixed sooner rather than later. European Central Bank (ECB) President Christine Lagarde told an ECB forum Wednesday (September 29) that she was "concerned" that the end of the bottlenecks — once thought by economists to be just weeks away — was "uncertain."

"The supply bottlenecks and the disruption of supply chains ... seem to be continuing and in some sectors accelerating. I'm thinking here about shipping, cargo handling and things like that," she said.

And Jerome Powell, who was speaking alongside Lagarde, said it was "frustrating " to see the supply chain problems "not getting any better" but at the margin "apparently getting a little bit worse."

"We see that continuing into next year probably and holding inflation up longer than we had thought," Powell added.

According to a recent poll conducted by the German ifo think tank, about 77% of industrial companies in this country have experienced bottlenecks and supply problems in securing raw materials and intermediate products. That was 7% more than in an ifo survey conducted in the previous month of August.

"The bottlenecks on the supply side are getting tighter," ifo's chief of polling, Klaus Wohlrabe, noted in the institute's September report. A silver lining, though, was emerging in the German construction sector, where the situation had eased somewhat, he added.