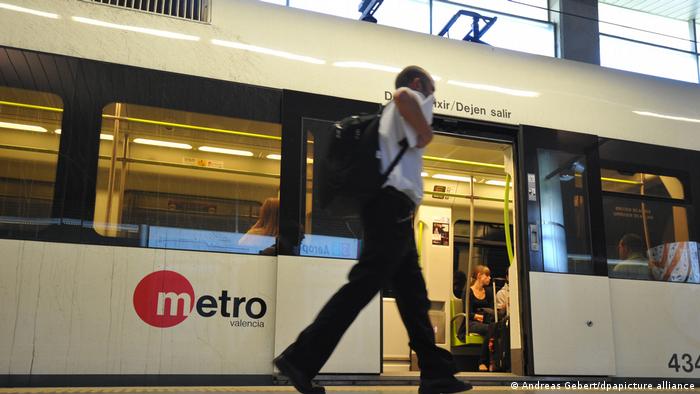 Seven German men accused of provoking a stampede in Valencia, Spain in 2018 went on trial Monday.

They face charges of public disorder and causing injuries to several people. Prosecutors are seeking a four-year sentence against each of them.

What happened in the suspected incident?

Court documents said the men, who were between the ages of 19 and 42, entered a Valencia metro car on August 4, 2018 with a large red cross, and suitcases before proselytizing.

"We have a message for you. This subway is full of sin, of drugs, of fornication…" said the main preacher on that night, according to the Sevilla local edition of the ABC national newspaper. He was adorned with a vest with Arabic inscriptions that he said read "Peace with God" as he wanted to bring Christianity to Arabs.

A translator with the group allegedly said, "do not be afraid, you only have to be afraid of sin," though a megaphone in Spanish.

Several witnesses testified in court that they provoked a panic, as some passengers thought they were going to launch an attack, according to the Las Provincias newspaper.

A 2018 report from Spanish newspaper El Pais said a boy parodied them by shouting, "we're all going to die."

The ensuing commotion caused injuries to one woman's feet that took more than eight months to heal. The ABC newspaper said the woman thought the German men "said that there was a bomb, and that we were all going to die, and began to bang on the doors and there was a stampede, everyone wanted to get out."

The incident occurred near the anniversary of a 2017 terrorist attack in Barcelona that killed 13 people.

What did the men say in their defense?

The defendants pleaded not guilty for their actions. The preacher said that it was "usual" to preach on German trains and denied that they were being aggressive.

"We spoke loudly so that people would listen to us," said the preacher.

He added, "our message was only to preach the Gospel."

The case will continue on Tuesday.

Spain's freedom of speech put to the test

The attack in Barcelona and the incident in Cambrils could very well have political consequences for the future of Catalonia. Independence efforts may suffer a major setback, reports Stefanie Müller in Madrid.