Germany's ambassador to Pakistan said the South Asian nation would play a supportive role in the future of Afghan peace and prosperity and thanked Islamabad for helping Germany evacuate Afghans across its border. 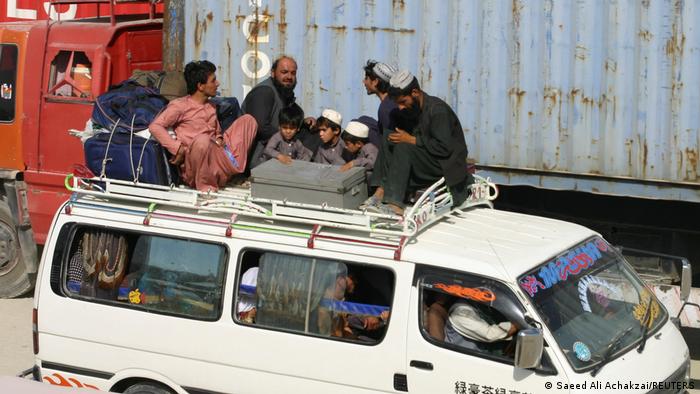 The German ambassador to Pakistan, Bernhard Schlagheck, said on Saturday that he was confident about the constructive role the South Asian nation would play in supporting the peace and prosperity of its neighbor Afghanistan.

Schlagheck said Germany appreciated Pakistan's involvement in the "Doha Process," which saw peace talks between the Taliban and the Afghan government.

He also said the Pakistani government was very helpful in Germany's efforts to evacuate Afghans through its land border. Several DW correspondents and their families were able to leave Afghanistan via Pakistan earlier this month.

In an interview for Radio Pakistan, according to Pakistani media outlet Urdupoint, the German ambassador acknowledged that Afghanistan's neighbors had a genuine understanding of how peace and stability in Afghanistan were vital for their interests.

Situation in Afghanistan is in flux

Maas met with Pakistani Prime Minister Imran Khan, Foreign Minister Shah Mahmood Qureshi and Chief of Army Staff General Qamar Javed Bajwa. His visit was part of a tour of Afghanistan's neighbors, following the Taliban takeover of the country and the subsequent departure of foreign troops.

Schlagheck said the Taliban and the humanitarian crisis in the country were both realities, but that the situation going forward in the country was still in flux, Urdupoint reported.

Germany, as a responsible partner within the international community, is willing to engage with Afghanistan. But he added that Berlin and the world would be monitoring the treatment of women and minorities and the question of an inclusive government.

At a recent conference over Afghanistan in Geneva, Germany pledged €100 million ($118 millio) in aid. Schlagheck told Radio Pakistan that the German government was considering providing an additional €500 million.

A Taliban spokesperson in the city of Kunduz in northern Afghanistan called on the international community to ramp up its aid deliveries, stressing that the Taliban are not terrorists.

In an interview with the German dpa news agency, provincial spokesman Matiullah Ruhani said the Taliban welcomed aid in any form of investment, reconstruction projects "or any kind of humanitarian support for the government or citizens of Afghanistan."

But on the issue of the Taliban's controversial policies towards women, Ruhani did not comment, but said only that the Taliban valued all citizens, women and men alike.