The German government urgently needs to draw the right lessons from the public diplomacy disaster that its Greece policy has become in Europe, argues Thorsten Benner. 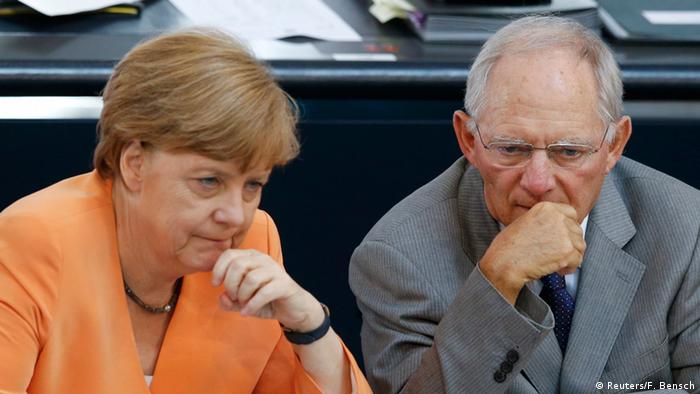 Last Friday, the German parliament overwhelmingly voted in favor of opening negotiations with Greece over a third bailout package. Once concluded, it will bring German guarantees for Greece to more than 100 billion euros ($109 billion). Rather than getting minimum credit for this, Germany's image across Europe and beyond is deteriorating fast. Germany is seen as the harsh, heartless hegemon of the eurozone, ready to bully small countries into submission if they refuse to swallow the bitter German medicine of budgetary discipline and painful reforms.

After the July 11-12 summit in Brussels, criticism of Germany went viral. The reception in Portugal, supposedly one of the post-crisis success stories often invoked by the German government, mirrors a broader trend in Europe. "Público," a major center-left newspaper, spoke of the "weekend in which the European idea died" at the hands of Germany through "mental waterboarding." It also declared German Finance Minister Wolfgang Schäuble "the greatest threat to Europe." Green party MEP Reinhard Bütikofer added that the "heartless, dictatorial and ugly Germany again has a face, and that is Schäuble."

Regardless of whether one agrees with such extreme statements, the damage to Germany's reputation is real - as is the need to better understand the sources of this public diplomacy disaster. It is striking that none of the protagonists in Germany's Greece diplomacy is a diplomat. Three top politicians called the shots during the crisis summit weekend: Finance Minister Schäuble, Chancellor Angela Merkel and Economics Minister Sigmar Gabriel.

The one-page Schäuble memo with the seemingly innocent title "Comments on the latest Greek proposal" that was put forward in the name of the German government on July 10 was written by technocrats at the Finance Ministry who (like their minister) were overwhelmed by emotions after months of fruitless and frustrating wrangling with their Greek counterparts.

Foreign Minister Frank-Walter Steinmeier and the professional diplomats at the German Foreign Office did not play any meaningful role in deciding which message and tone Germany projects to the rest of Europe and the world - despite the fact that the Foreign Office is responsible for the overall coherence of German EU policy and has professional expertise on public diplomacy.

It is not particularly surprising that the Christian Democrat-run Finance Ministry and the chancellery did not make a point of involving the Social Democratic foreign minister and his top officials more prominently. More striking is the fact that Gabriel did not call on his fellow Social Democrat Steinmeier to be a public voice of reason during these crucial days. Apparently, Gabriel considered himself his own best adviser on eurozone issues, having resolved to outperform Merkel in populist criticism of the Greek government earlier in the week. 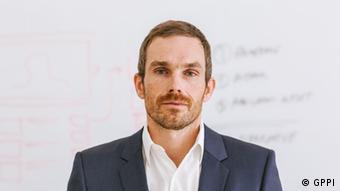 While Steinmeier was busy with the complex final stretch of the Iran negotiations in Vienna, he would have certainly been able to offer a helpful perspective on the Schäuble memo that was leaked to the general public by a Green MEP. A professional diplomat would have easily detected some of the cardinal public diplomacy sins committed by the authors and handlers of the memo.

First, the writers overlooked that the political context had completely changed from earlier in the week, with the French government now throwing all its weight (and political advisers on the ground) behind the new Greek reform proposals and rejecting a Greek exit from the eurozone. Any push for a Grexit would now be seen as going against France and jeopardizing the European project. Still, the Schäuble paper prominently included a "temporary" Grexit option.

Second, the German government did not mount any public diplomacy effort to explain the content and intent of the memo. As a consequence, it left the interpretative hegemony to instant critics on Twitter and beyond who were quick to read the worst intentions into the memo.

Third, while the memo was meant as a negotiation tool to put pressure on a recalcitrant and unreliable Greek government, it was wrong to unilaterally put it forward as a German document rather than as a joint paper with other countries sharing the German view. After all, 14 countries sided with Germany during the eurozone meeting, but the unilateral move obscured this fact.

Fourth, ideologically motivated revenge acts that are supposed to placate critics on the German home front can easily backfire. This is the case with the memo's proposal of a "transfer of valuable Greek assets of 50 billion euros to an external fund like the Institution for Growth in Luxembourg, to be privatized over time and to decrease debt."

One of the most ludicrous aspects of this proposition is the fact that the Institution for Growth is controlled by the German government through its Kreditanstalt für Wiederaufbau (which itself was an instrument of the European Recovery Program that helped Germany back on its feet after World War II). It did not take critics long to uncover the irony in this self-serving proposal, making it easy to caricature Germany as dead set on undermining Greek sovereignty for debt repayment.

Ultimately, the buck of political responsibility for this diplomatic disaster stops with Merkel. During a TV interview on Sunday, she argued that in the current crisis she's not worried about "popularity and beauty prizes" but about making the right policy choices. Fair enough. At the same time, winning back the "ugly German" prize comes with real political costs. The reaction to the Schäuble memo should serve as a warning shot for Germany to adopt a broader Europe policy in which diplomatic professionals function as a counterweight to emotionalized technocrats and politicians.

As Europe's default leader, Germany will unavoidably be in the line of fire from multiple critics. But it undermines Germany's power if it is seen as vengeful, self-righteous and mostly caring about its own economic advantage in the eurozone rather than meaningful structural reforms in corrupt southern economies and the social dislocation caused by austerity.

Maybe Merkel herself, who spends a lot of her own time and public money on a dialogue about living well in Germany, should plan a discussion series on "Good living in Europe." She could spend time in crisis countries to get a firsthand impression of the social and political problems, listening to the concerns and aspirations of citizens.

She could then relay these back to the home front, where populist tabloids such as "Bild" paint an all too one-dimensional picture. And in doing so, she would also help the job of the professional diplomats who will inevitably have to deal with the fallout from the diplomatic disaster of Merkel's Greece policy.

Have something to add? Let us know in the comments below.

US arrests Iraqi man over plot to kill George W. Bush 4h ago