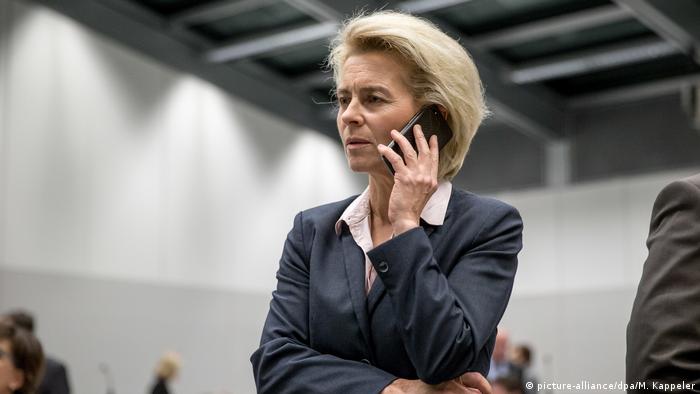 The German Defense Ministry has been accused of sabotaging parliament's attempts to investigate a defense consultancy affair, after data from the official phone of former Defense Minister Ursula von der Leyen was deleted "for security reasons," according to the ministry.

Bundestag MPs have described "annoying stalling tactics" and "a real scandal" after the Defense Ministry revealed, after months of uncertainty, that von der Leyen's old phone was wiped in August, well after the parliamentarians had applied to have it classified as evidence. German daily Die Welt reported that the admission, made by a government official during a hearing on Thursday, sparked a heated row between MPs of different parties in the Bundestag hallways.

Von der Leyen, who was plucked from Angela Merkel's cabinet and elevated to the European Commission presidency in the summer, spent millions of euros of the German defense budget on consultancy contracts, as part of efforts to re-equip the German military during her six-year tenure.

Germany's official Federal Audit Office reported that the ministry had given massive contracts to consultancy firms without first opening a competition or assessing the offers for economic value. Those reports prompted an investigation led by defense committee parliamentarians from the Greens, the socialist Left party, and the pro-business Free Democrats.

The MPs have already gathered over 4,000 documents and questioned 30 people over the affair, but they say crucial evidence is still missing: text messages and data on von der Leyen's official phone, which has now been wiped — illegally and deliberately, according to Bundestag members.

"We have to assume that people in office destroyed evidence," Green party defense spokesman Tobias Lindner told the Funke media group. "Such actions can have have criminal relevance."

Lindner also gave an exasperated interview to public broadcaster ARD on Friday, in which he described the Defense Ministry's continued failure to produce the phone data, even though the Bundestag had declared the phone should be classified as evidence several months ago.

"First they said von der Leyen's phone could not be found, they didn't know where it was," he said. "A week ago they said it was in the ministry, but only von der Leyen knew the PIN code, and yesterday they confessed that the relevant phone data had been deleted in August."

He has now demanded that efforts be made to restore the data and demanded that von der Leyen's successor, Annegret Kramp-Karrenbauer, intervene and hold the relevant officials to account: not least because the data deletion happened under her tenure, not von der Leyen's. "It can't be acceptable that the ministry continues to torpedo the investigative work of the committee," Lindner added.

In a statement to Die Welt, the ministry did not deny that the text messages on the phone were covered by the official evidence guidelines, adding that, "The Ministry of Defense has provided all the available documents that are subject to investigation." 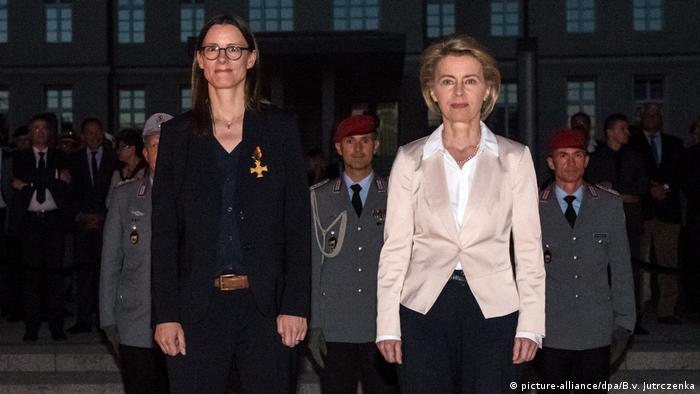 The parliamentarians believe that messages on the phone may reveal whether the minister gave instructions that broke government rules without leaving paper evidence.

Von der Leyen was German defense minister from 2013 to 2019, during which she presided over a major increase in the German defense budget, as the military struggled to cover a slew of negative headlines over equipment shortfalls and grounded aircraft.

In 2014, she appointed Katrin Suder, a former director of the multinational defense consultancy McKinsey, as state secretary to preside over the re-equipment of the German military. In 2018, Suder became chairwoman of the German government's new digitalization council.

The Defense Ministry's lucrative consultancy contracts also attracted the attention of other German authorities: last year, Berlin state prosecutors opened an investigation into whether the long-term employment of outside consultants in the ministry broke the law on "bogus self-employment."

Should highschool graduates spend a year doing national service? The new leader of the Christian Democrats has floated the idea. Other European countries have reintroduced conscription, for a variety of reasons. (28.11.2019)