With a healthy lead in the Bundesliga and the Champions League looming large on the horizon, Borussia Dortmund now turn their focus to the German Cup. The 2017 winners host inconsistent Werder Bremen. 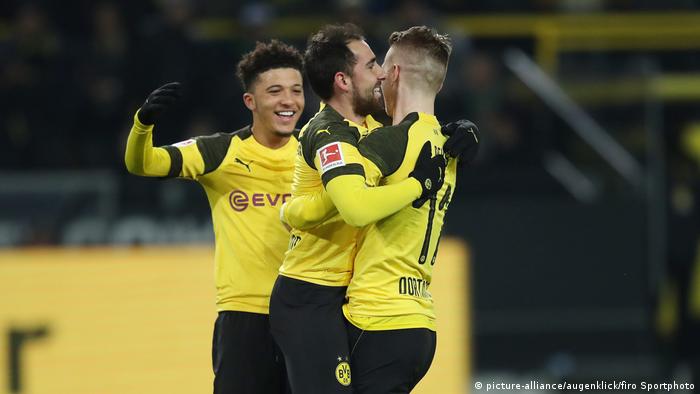 This time of year, when the European winter gradually starts to ease its way towards spring, hopes of trophies can fall by the wayside as the fixtures pile up.

For the first time in a while, Borussia Dortmund enter February with hopes alive in three competitions. The German Cup, which BVB won under Thomas Tuchel's stewardship in 2017, may have a lower priority than a first league title since 2012 and less glamor than a Champions League run but the Bundesliga leaders are determined to maintain a winning mentality.

"We have always stressed that we want to win every game," said captain Marco Reus after the 1-1 draw in Frankfurt on Saturday. "That's how we act. We have to concentrate on ourselves, the rest will come by itself."

In contrast to their serene progress in the league, Dortmund have made tough work of the German Cup this season. Lucien Favre's first competitive game almost ended in a shock defeat with an injury time Axel Witsel goal saving Dortmund from defeat to second-division Greuther Fürth before Reus' 120th minute strike meant BVB avoided penalties. Reus repeated the trick with an equally late winner over Union Berlin in Round 2.

Preparing for an upset

"They have hardly any weak moments but they have had two nervy games in the German Cup," the 36-year-old said on Monday. "Every so often they allow their opponents to have the ball and at that point you have to have a plan for what you're going to do with it."

A fast and adventurous start won Bremen plenty of plaudits and points early in the season but they've grown somewhat stale, winning just two of their last 12 Bundesliga games despite straightforward progress against limited opponents in the cup. The latest disppointment came on Saturday, when a late Mikael Ishak strike meant they collected only a point away at second-bottom Nuremberg. 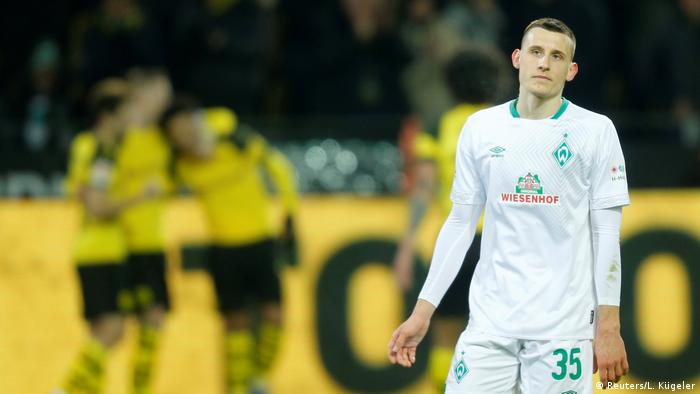 Bremen lost 2-1 when the two sides met in December

Bremen now sit firmly in midtable and though European qualification through the league is possible relegation is a remote possibility, placing extra emphasis on a cup run.

"I don't expect a reaction, I just expect a good game but Dortmund will be favorites," admitted Kohfeldt. "The main thing we're bringing to the game tomorrow is courage. If you just sit there and wait until they make mistakes, you already have a negative mindset."

"We are going there to win. The players know that that's our aim. We have a winning mentality, we just have to utilise it more."

With the Champions League first leg with Tottenham Hotspur a week away, Favre may well look to shuffle his pack a little after describing the weekend's game as "intense." Christian Pulisic and Marcel Schmelzer will be among those hoping for a rare start while the possible return of Abdou Diallo and Omer Töprak should offer options at center back, where Julian Weigl has been ably deputizing of late.

That may offer a glimmer of hope for Bremen, who have a fully fit squad to choose from, with Yuya Osako back from his Asian Cup exploits in "good condition" according to Kohfeldt.

While defeat for either side would be some way from catastrophic, the value of a cup run to both is apparent.

Saturday's match between Frankfurt and Dortmund was one fans of both teams had been looking forward to for weeks. Despite the 1-1 scoreline, the contest between two of the Bundesliga’s top offenses didn’t disappoint. (02.02.2019)

A surprise result for Bayern Munich opens up the league title race a little bit more, even though Borussia Dortmund didn't win. Results at the bottom of the table have made the relegation battle even tighter. (03.02.2019)

Dortmund's new era under Lucien Favre started with a wobble, as they struggled to get past second-tier Greuther Fürth in the German Cup. Marco Reus saved Dortmund's blushes in a come-from-behind 2-1 victory. (20.08.2018)