A surprise result for Bayern Munich opens up the league title race a little bit more, even though Borussia Dortmund didn't win. Results at the bottom of the table have made the relegation battle even tighter. 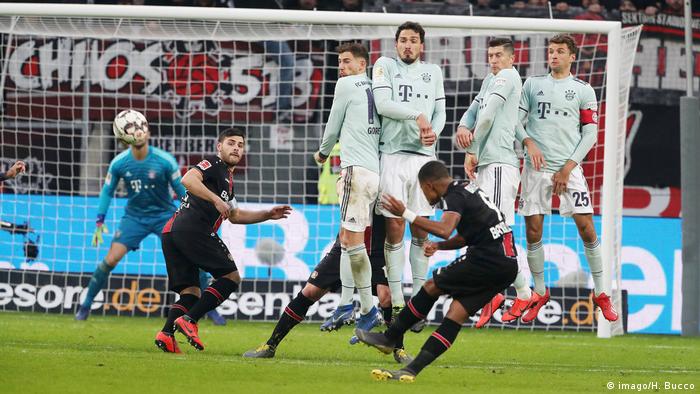 - Just as it looked as though Bayern Munich might be back to their usual bullish self, they go and lose 3-1 in Leverkusen. Peter Bosz's all out attack approach worked as the visitors suffered under the hosts' attacking press. Granted it took a superb free kick from Leon Bailey and some opportunistic play on the counterattack to get the win, but Leverkusen deserved their win for more than just being brave. The only sore point for Leverkusen was Kai Haveretz suffering what looks to be a long-term hip injury.

- For only two goals to be scored in a game between Frankfurt and Dortmund is a surprise, but Marco Reus knows he could and perhaps should have had more than the one he scored. In truth though, Frankfurt probably also deserved more than just Luka Jovic's goal. In the end, both Kevin Trapp and Roman Bürki stole the show - which was perhaps the biggest surprise of all. With Bayern's loss, Dortmund's point stretches their lead to seven and as tempting as might be for BVB to get frustrated they didn't win when Bayern lost, a point in Frankfurt is a good return these days. 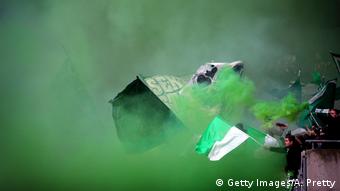 - In what has been a tricky season for the newly-promoted sides Nuremberg and Düsseldorf, there was reason to celebrate on a Saturday after the pair both secured surprise draws. Nuremberg denied Werder Bremen an away win, while Fortuna spoiled Julian Nagelsmann's day in Sinsheim. It may or may not make the difference come the end of the season, but it was a nice change (particularly for Nuremberg fans) not to finish the Saturday with a defeat.

- Schalke are struggling. Another defeat - their 10th of the season already - against a side they'd like to be challenging (Gladbach) leaves Domenico Tedesco short of joy. A red card for keeper Alexander Nübel midway through the second half turned the game in Gladbach's favor, which was even tougher to take for Schalke given the free kick that lead to the red card (and the opening goal) was taken 20 meters further up the pitch than where the foul occurred. Domenico Tedesco hasn't had much luck, but his side need to improve as well. 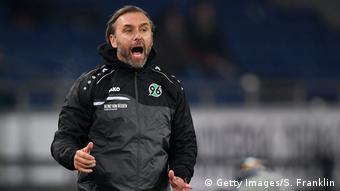 - Augsburg's surprising win over Mainz was the change in form the hosts needed - Manuel Baum's side are winless in 10 league games. It also through up a question mark about handballs though, as at least one of the penalties Mainz conceded was very similar to the handball Mats Hummels committed against Leverkusen (where no penalty was given). The win was another reminder of how important Alfred Finnbogason is to Augsburg. He now has 32 goals in 65 games in his Augsburg career.

- Markus Weinzierl was on the verge of a breakthrough at Stuttgart, and then Freiburg scored a stoppage-time equalizer. The draw does little to help Stuttgart, and just adds to the poor atmosphere surrounding the club at the moment. After Augsburg's win earlier in the day, Stuttgart knew three points of their own would keep their relegation hopes alive. Having gone down a goal early, two second-half goals certainly looked to be the right medicine. But Florian Niederlechner struck in late to break hearts and leave Weinzierl's side in the relegation playoff spot, three points of safety.

"Scoring without winning means nothing to me." Leon Goretzka on Twitter after the loss to Leverkusen

"I'm happy that I'm here. The team needs me." Thomas Doll, new head coach of Hannover, after the defeat to Leipzig

"Düsseldorf did well. We did very badly." Julian Nagelsmann on his team's draw

"I'm going into the changing rooms and getting a beer out of the fridge." Lukas Hradecky after the win against Bayern

"I was gone for a moment and when I opened my eyes again, I was back." Christian Mathenia about being knocked out in the game.

"Karl-Heinz Rummenigge said that. I'll tell you that the only person I'm in love with is my wife." Hasan Salihamidzic when asked pre game about the quote that he has fallen in love with Chelsea's Callum Hudson-Odoi

This was the first matchday of the season where both Dortmund and Bayern failed to win.

Bayern have now lost four games in the league this season - the same as they managed in all of last season.

Alexander Nübel was the first goalkeeper since Lukas Hradecky in January 2017 to be sent off in the Bundesliga.

For the first time ever under Julian Nagelsmann, Hoffenheim are without a win at home in five.

Alfred Finnbogason scored a hat-trick, including two penalties to retain his perfect record from the spot in the Bundesliga (8 of 8).

Nuremberg goalkeeper Christian Mathenia lost conciousness after clashing heads with Theodor Gebre Selassie. Earlier in the game, Mathenia was involved in another collision that saw teammate Tim Leibold brought off at halftime beause of a suspected concussion. This begs the question, given there was nothing suspect about Mathenia's situation why was he also not substituted? Questions will be asked about the thoroughness of the Bundesliga's concussion protocol.

Borussia Dortmund gained ground in the title race despite dropping points in Frankfurt. That was because Bayern Munich, the defending Bundesliga champions, suffered a surprise result in Leverkusen. (02.02.2019)