Germany's top court has said searches conducted against a former lawmaker facing child pornography charges were constitutional. However, they may have violated Sebastian Edathy's parliamentary immunity. 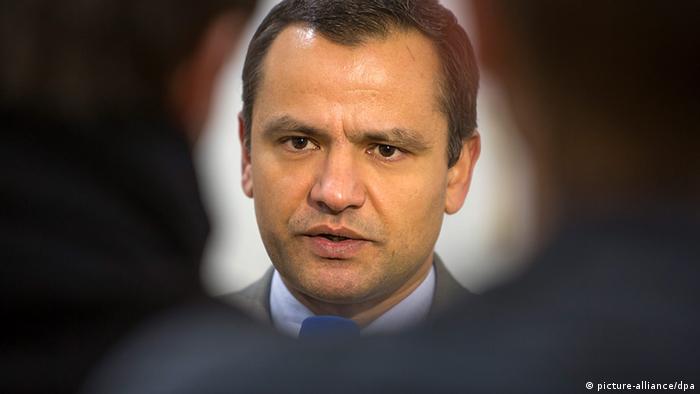 Germany's Constitutional Court ruled on Friday that the complaint filed by Sebastian Edathy (pictured above) was both inadmissible and unsubstantiated, clearing the way for criminal proceedings against the former Bundestag member who faces charges of child pornography possession.

In a press release published on its website, the court said there were "reasonable grounds" for suspicion against Edathy, rejecting the complaint that searches conducted against him were unconstitutional because of an "illegal assumption of initial suspicion."

Edathy's lawyer said authorities had infringed on the law by presuming criminal activity, based solely on his ordering of legal - though naked - pictures of children from a Canadian source years before.

The court disagreed, citing the explicit nature of the photographs. In its ruling, it also agreed with the Lower Saxony State Court, which likewise rejected Edathy's complaint that he had been illegally investigated.

The judges also said that Edathy's complaint shouldn't even have been brought before the Constitutional Court, Germany's highest legal body. For a case to be reviewed here, it must be taken through all other legal avenues in Germany. Though Edathy had gone to both municipal and state courts, he did not take his complaint to the relevant legal authorities within the German parliament.

However, the court did say that authorities had violated Edathy's parliamentary immunity. The searches were carried out on February 10, on the same day - but hours before - his resignation was confirmed in writing by Bundestag President Norbert Lammert. Under German law, a parliamentary resignation is only valid once it has been confirmed by the parliamentary president.

If the case is taken to court, Edathy may be able to use the Constitutional Court's findings - with regard to the possible violation of his immunity - to have the evidence seized thrown out.

The state prosecutor in Lower Saxony, where the criminal trial would take place, declined to elaborate on the ramifications of Friday's ruling: "[The violation of immunity] is a legal issue that will have to be dealt with during the proceedings," Kathrin Söfker told the German press agency.

People in Germany who buy pictures of naked children are, largely, exempt from punishment because the government has not implemented EU guidelines on the possession of such material. That's about to change. (28.02.2014)

German Government Crisis: What Damage Has Been Done?