A former police officer and his wife were briefly detained in Bavaria in connection with a series of threatening messages sent to prominent people in Germany. Their signoff, "NSU 2.0," alludes to a far-right terror cell. 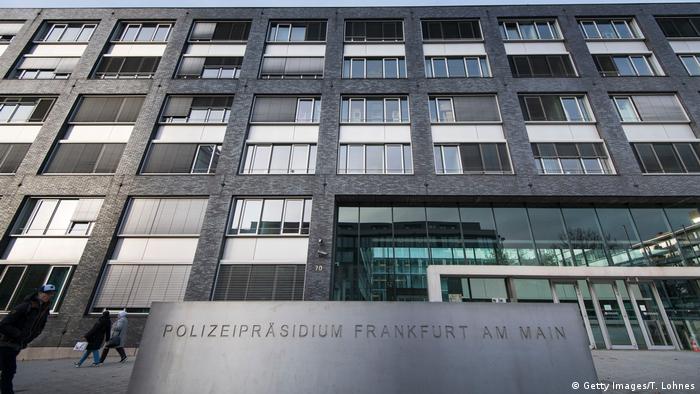 German prosecutors in Frankfurt am Main said on Monday that a Bavarian couple were detained and later released in connection with threatening emails with a neo-Nazi moniker.

A 63-year-old former police officer and his 55-year-old wife were detained on July 24 at their apartment following a raid in the Bavarian town of Landshut, Frankfurt's public prosecutor's office said in a statement. The former police officer had been previously investigated by police with other right-wing crimes.

The couple is suspected of "having sent several emails with insulting, extremist and threatening contents to members of parliament and various other recipients," the office said. The emails were signed off with "NSU 2.0," a right-wing extremist group believed to be behind several threatening faxes, emails and text messages to politicians.

The couple was later released as the conditions of their arrest warrant was not sufficient to keep them in custody. Investigators said they had seized computer storage devices for further investigation but that there was not yet sufficient evidence to issue an arrest warrant.

The former police officer told broadcasters NDR and WDR, and daily paper the Süddeutsche Zeitung — who often collaborate on investigative work — that he had nothing to do with the "disgusting" threats and did not know why the police suspected him. He suspected that somebody was trying to misdirect investigators, and said that he was cooperating fully. 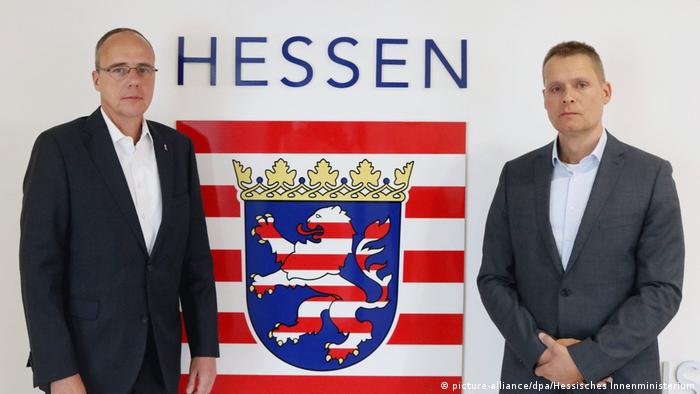 A special investigative commission was set up in Hesse for the case, led by Hanspeter Mener (right in photo), standing next to Hesse's Interior Minister Peter Beuth

The threatening messages have been sent to more than 20 prominent personalities and institutions in German politics and society, often people with Turkish or foreign backgrounds, and often women. Politicians, lawyers and performers were among the recipients, even weekend political talkshow host Maybrit Illner.

Earlier this month, a German politician from the socialist Left Party said that she was among the recipients. Anne Helm, the leader of the Left Party faction in German parliament, told DW that while the situation was certainly "nerve-wracking," she did not in fact fear for her life.

The moniker is a reference to the NSU, or National Socialist Underground, was a terrorist cell that murdered nine people in racist attacks and also killed a German policewoman between 2000 and 2007.

In 2018, Frankfurt lawyer Seda Basay-Yildiz received anonymous death threats with the far-right signature. Basay-Yildiz represented the family of the first murder victim of the NSU.

Investigators in the western German state of Hessen, whose state capital is Frankfurt, say they are looking into 69 threatening messages in total. The threats have been addressed to 27 different people and institutions in eight of Germany's 16 states.

One of the highest-profile neo-Nazi trials of recent years is slowly drawing to a close. DW gives you the background to an affair that has shaken Germany.