The city of Ahlen seized a pug from a family as a way to settle the family's debt. But the pug's new owner is now suing the city, accusing it of giving a fraudulent description of the dog in the ad. 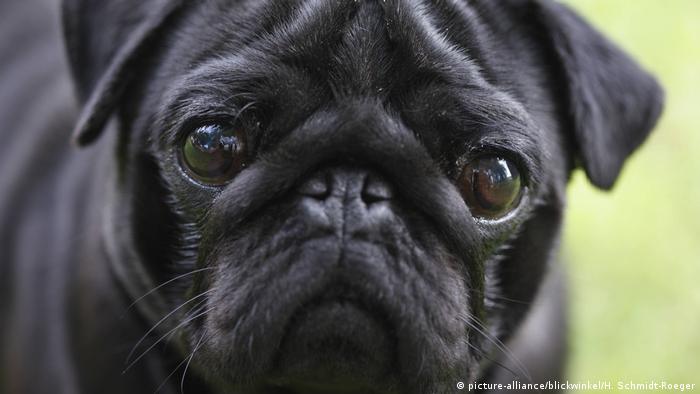 The city of Ahlen in western Germany is facing a lawsuit from the new owner of a pug that she bought from the city on eBay.

The dog, named Edda, was seized last year from an Ahlen family which had debts to the city, including unpaid dog taxes. The family tried to settle the debts through alternative means, but the city seized the pug because of its high value as a thoroughbred dog, according to German broadcaster WDR.

The dog was sold on eBay in December for €690 ($759) to Michaela Jordan, who works as a police officer. Jordan told the Ahlener Tageblatt newspaper that she was skeptical of the sale, even thinking the eBay listing was fake, but the city insisted the dog's seizure and its sale on eBay were legal.

A week later, Jordan discovered that Edda had an eye infection, even though the eBay advertisement said the dog was healthy. The pug needed four operations, including an emergency operation during the Christmas holiday, at the Duisburg veterinary clinic, located more than 100 kilometers (61 miles) away from Ahlen.

Jordan told the Ahlener Tageblatt that she is taking legal action against the German city, seeking compensation for the costs of the treatments so far (approximately €1,800) as well as the purchase price.

A court in Munich has refused a hunter's legal claim to get his gun license back and be allowed to carry weapons. A loaded gun left inside his car two years ago was the start of his problems. (20.02.2019)

A car parked at the main train station in Dresden raised the suspicions of local police — and one attentive sniffer dog was right on the scent. (19.02.2019)