A court in Munich has refused a hunter's legal claim to get his gun license back and be allowed to carry weapons. A loaded gun left inside his car two years ago was the start of his problems. 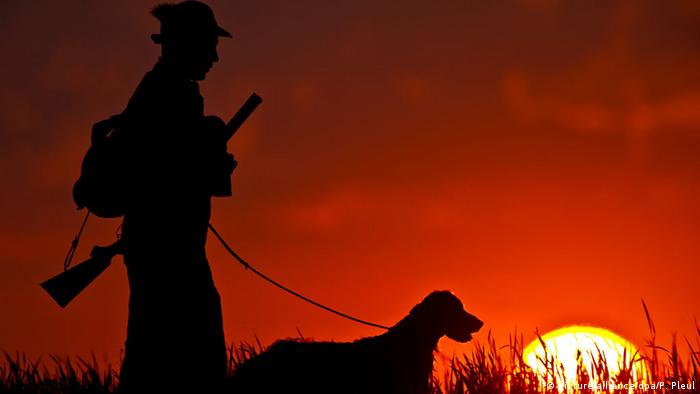 In November 2016, a German hunter was at a game reserve northeast of Dresden and talking to a passerby when his dog accidentally set off his gun from inside the car. The hunter was wounded in the arm.

As a result, the hunter lost both his weapons' license and his hunting permit, which authorities have refused to extend.

It is against the law for hunters to leave loaded guns inside their vehicles, partly because driving over rough terrain can increase the possibility of an accidental shot.

The man is registered as a Bavarian resident, and the administrative court in Munich ruled on Tuesday that the hunter could not be trusted to buy or own a gun because it presumed "he will not behave cautiously with weapons or ammunition in the future."

The hunter, who runs a fish farm in Ossling, Saxony, may appeal.

Under the gun: France's hunters

Rare, but not unique case

The Berlin-based German Hunters Association (Deutsche Jagdschutz-Verband) had 247,000 members in 2017. It is not known how many DJV members own dogs.

The case, while rare, is not unique. A similar incident was reported in the US state of Texas last November, when a 74-year-old was shot and wounded by his dog. The Rottweiler-cross named Charlie got his paw stuck in the loaded shotgun on the backseat of a pickup truck. The accidental shot went through the car seat and hit the driver in the back.

In January, a hunter in Russia died when his dog touched a loaded gun and caused it to go off.

Do you have the talent — and the right tools — to impersonate a deer's call while hunting? A hunting fair in Dortmund gave people a chance to prove themselves against rivals from all over Germany. (01.02.2019)

Berlin is set to drop rules regulating the time of the year when hunters can shoot wild boars. The government hopes to prevent the spread of a virus that can be devastating to livestock populations. (21.02.2018)