One of the richest men in Germany, Karl-Erivan Haub, has been in charge of the Tengelmann retail group since 2000. The avid alpine skier was reported missing after going on an expedition near the Swiss-Italian border. 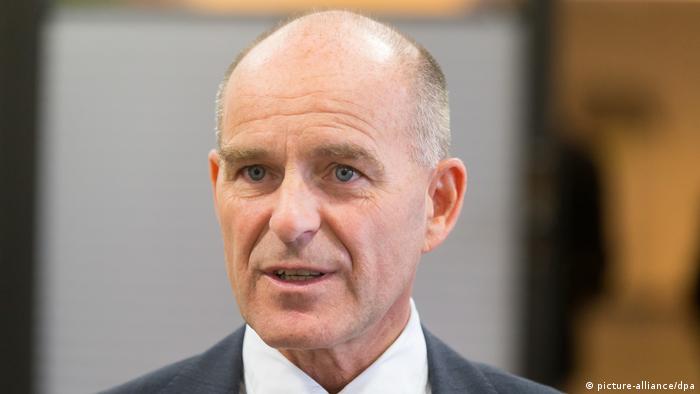 Karl-Erivan Haub, the head of German retail group Tengelmann, has been missing since April 7, when he failed to return from a skiing trip. A company spokeswoman confirmed the news on Tuesday in a statement, saying that a "full speed" search for him was currently underway.

The 58-year-old businessman was vacationing at a ski lodge near the Matterhorn mountain, on the Swiss-Italian border. Swiss newspaper Blick had reported that his family alerted authorities when he didn't show up for an appointment at a hotel in the Zermatt resort after earlier setting off from a lift at the Matterhorn.

Poor visibility and avalanche threats have made the search operations difficult.

Karl-Erivan Haub is an avid alpinist, who was in Switzerland to train for the Patrouille des Glaciers ski race, an international long distance ski event organized by the Swiss army in which both military personnel and civilians compete. The race was scheduled to take place on April 17.

In a letter sent to German newspaper Handelsblatt, the businessman's brother, Christian Haub, wrote that Karl-Erivan was "a very experienced alpinist and skier" and that despite all the time that had elapsed since his disappearance, he hoped his brother would be found.

"Of course our family is prepared for such a situation", Christian Haub said if the worst case scenario occurred and that "the business will continue to run smoothly and orderly."

Karl-Erivan Haub took over Tengelmann in 2000 from his father Erivan Haub. The elder Haub passed away unexpectedly on March 6 at his ranch in Wyoming. The family-run company was founded in 1867 as an importer of coffee and tea and a trader in goods from the colonies.

Today, Tengelmann has a major presence in Germany as a multisector retailer with 73 holdings generating some €30 billion ($37 billion) in revenue. Its businesses include hardware chain Obi and textile discounter Kik.