German Bundeswehr′s role in targeted Taliban killings in Afghanistan | Germany | News and in-depth reporting from Berlin and beyond | DW | 31.12.2014

What role did the Bundeswehr play in the targeted killings of Taliban fighters in Afghanistan? Secret documents reveal that it supplied information for NATO death lists. 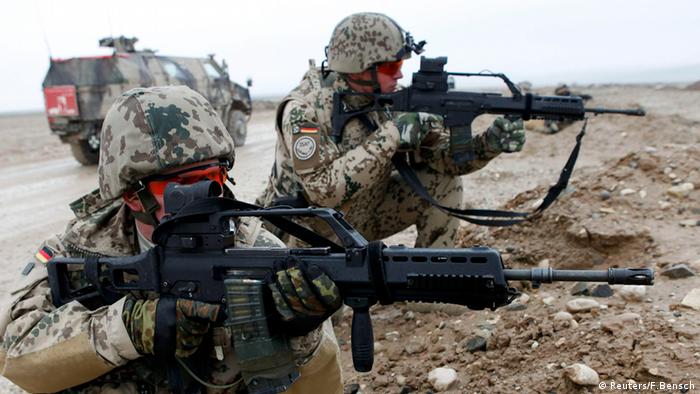 The cell phones of the two Taliban spokesmen remained switched off all Tuesday morning (30.12.2014). A contact in Pakistan had said these were the current numbers, but perhaps they've been changed after all. Or perhaps, for security reasons, the men only switched them on when they wanted to make a call. Because the secret services of Western governments use cell phone signals to locate targets in Afghanistan and Pakistan - people on the Western alliance's "capture or kill" list. The latter is referred to in international military speak as "targeted killing."

It's a list that, according to the magazine Der Spiegel, has played a central role in the fight against the Taliban in Afghanistan. The NATO list, the magazine claims, at one point contained up to 750 names - not only to "target terrorist group's top-most members, but fighters at mid- and lower levels." The authors write about the "merciless hunting" of Taliban fighters and their sympathizers.

The story revealed that drug dealers had also been on the so-called death list. Spiegel quotes secret documents from years 2009 to 2011, said to have come from the whistleblower Edward Snowden's files, in which ISAF troops and American and British secret services said the Taliban could not be defeated without putting a stop to the drug trade.

Germany is also said to have played a bigger part in the targeted killings than previously thought. On Tuesday, Bild daily wrote that the German Major General Markus Kneip, who was ISAF's regional commander North in Afghanistan in 2011, personally selected individuals to be targeted.

The newspaper says it has access to secret Bundeswehr documents that show there was a so-called "Target Support Cell" in the German headquarters in Mazar-e-Sharif. Its task, according to the author, was "to collect information for the nomination of possible target individuals," with the help of the German secret service (BND). These names were then presented to Kneip for his approval. Among other things, the BND is said to have communicated telephone numbers that could be used to locate the Taliban leader Kari Yusuf. 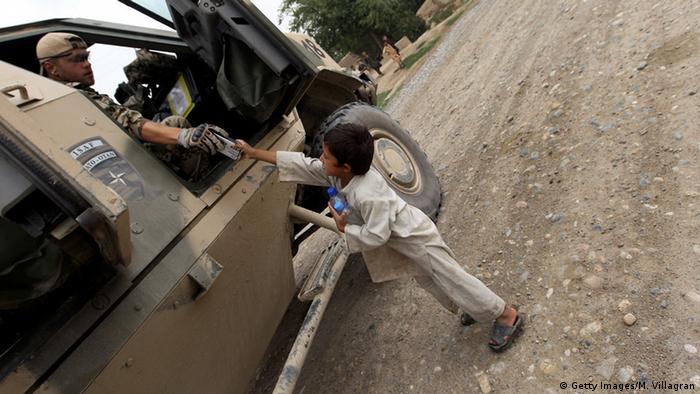 Claims that Germany played an active role in the targeted killings are not, however, new. Reports to this effect have been circulating since at least 2010. In January 2012 the authors of the study "Targeted Killings," by Berlin's German Institute for International and Security Affairs (SWP), wrote that in the course of its military engagement in Afghanistan Germany was "directly" involved in targeting processes which involved identifying people to be captured or, if necessary, killed.

However, the paper says a national caveat applied, meaning that German operation command only ever recommended certain individuals to be targeted for capture, not killing.

'The Bundeswehr wasn't there to pick flowers'

Ultimately, though, it cannot be excluded that people suggested by the German side were, nonetheless, killed - "whether because they violently resisted capture, or because they were categorized as enemy combatants and thus as legitimate targets," write the study's authors.

Or, to put it another way: The Bundeswehr and the BND supply the names of people who are then killed by others? "Of course," said retired NATO General Egon Ramms. He commanded the Allied Joint Force Command in Brunssum in the Netherlands for four years, and was thus also responsible for the NATO operation in Afghanistan. German soldiers were not in Afghanistan "to pick flowers," after all, said Ramms in a radio interview. "It's a normal military operation."

German opposition politicians are now calling for a complete clarification. "The targeted killing of suspects without trial and without judgment is murder," said the Left Party politician Jan van Aken. If Germany did indeed supply names or telephone numbers for the NATO death list, van Aken said there must be criminal prosecutions.

The Afghans themselves will decide on the future of the fight against the Taliban. The NATO mission officially ends on December 31 with the withdrawal of ISAF troops. Only a smaller training mission will remain behind.

What lies ahead for Afghanistan?

The United States and NATO have marked the formal end of the war in Afghanistan at a ceremony in the capital, Kabul. But the insurgency they fought for 13 years is still unremittingly deadly. (28.12.2014)

Bundeswehr Missions: Is the Military Ready?