A new German military space command center has been officially inaugurated, with the goal of protecting satellites and monitoring threats in outer space. The focus is on asteroids and space junk rather than aliens. 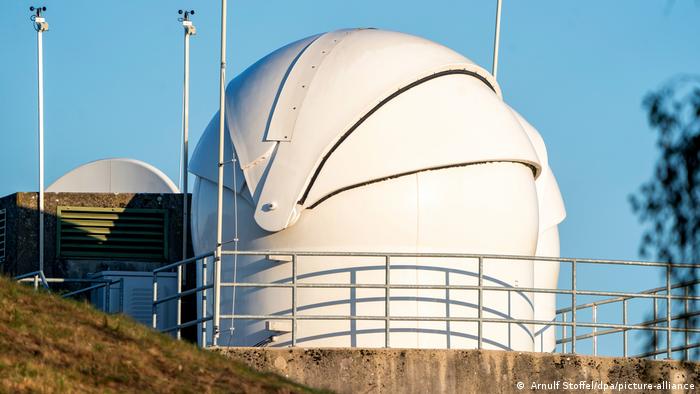 The space command center will be used to monitor satellites

The German military crossed into the final frontier on Tuesday while staying firmly on the ground — with the official launch of the country's first space command center. Defense Minister Annegret Kramp-Karrenbauer officially inaugurated it at the site for the Center for Air Operations in Uedem near the Dutch border.

While it sounds like something out of science fiction, the German armed forces's foray into space has a wide-reaching mandate. Defense operations include military reconnaissance and the monitoring and protection of satellites. The tracking of dangerous debris — so-called space junk — will also be a central task for the command center.

And the need for a presence in space goes beyond military considerations. 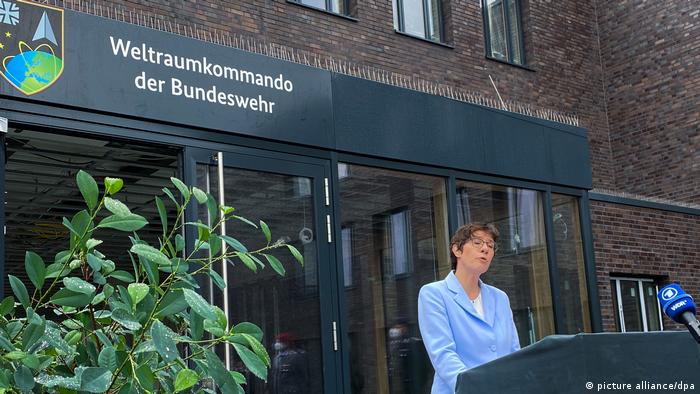 The term space command brings to mind adventurous associations from Jules Verne to the Starship Enterprise, Kramp-Karrenbauer said — but the reality, she said, was "nowhere near as sensational."

"Our prosperity and security are highly dependent on space," she said. "Our civilian and military satellites have long since become a resource without which nothing works. As always, when a resource becomes vital, its security becomes an issue."

"We know that threats in space are growing," the defense ministry tweeted ahead of the launch — but the idea of a war in space as we might expect from science fiction movies is unlikely.

But attacks in space are no longer hypothetical, said the President of the German Federal Academy for Security Policy, Ekkehard Brose.

"Some states now regard space as a field of future military conflict," Brose said in a statement. "Technology is advancing rapidly in this area, and it's important to keep that in mind. China and Russia, for example, have developed missiles and other military capabilities that could be used against satellites."

But the new German command center remains primarily a place for information reconnaissance; Germany is not currently in a position to carry out an attack in space.

But even defense actions could have wide-reaching consequences.

"Modern warfare is dependent on these technologies. And that naturally entails a certain vulnerability because there are ways to disrupt or even destroy these satellites," according to Dr. Max Mutschler, Senior Researcher at the Bonn International Center for Conversion, a research institute focused on peace-building.

"It becomes problematic when you conclude that you have to be able to defend yourself in space," he continued. "Because if you then say we need to weaponize space first, then that can lead to a dangerous arms spiral. And that danger of an arms race in space is actually present."

In June, NATO decided for the first time that an attack in space could trigger an emergency response from the treaty organization as a whole. While the North Atlantic Council would still have to decide on this on a case-by-case basis, in theory, an attack on German satellites could trigger a response from all NATO countries — down here on Earth.