Today Astro-Alex and his colleagues arrive at the ISS. After two days of travel, they need to be patient a little while longer: The docking maneuver will take around two hours. You can follow it live. 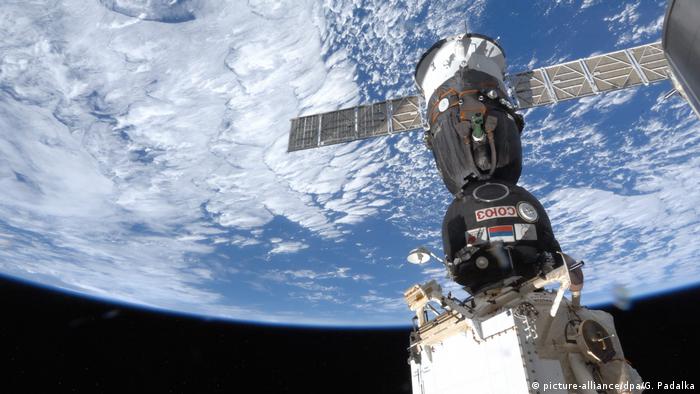 The docking maneuver requires utmost precision. The ISS must not be pushed out of its track by the spacecraft. That's why the ISS and the space capsule need to have almost identical orbital speeds.

In the last phase, the Sojuz capsule will approach the ISS with a speed of less than half a meter per second. Normally the autopilot takes care of the docking maneuver. But if anything goes wrong, the astronauts and cosmonauts will have to intervene manually. They use plotting instruments to bring the spacecraft right to its target.

This requires a high degree of patience and sensitivity on the part of the pilots — they have trained the operation in simulators for days before they took off.

Once the Soyuz capsule is connected to the ISS, the crew will open the hatch. They will enter their new home between 17:05 and 17:35 CEST.

Read More: These were the best moments of the Alexander Gerst launch

The Soyuz spacecraft will stay docked at the ISS for as long as the astronauts and cosmonauts are there. It not only serves as their return-vehicle at the planned time of departure, but is also the life raft in case of an accident or fire.

But the astronauts and cosmonauts can't just get into any of those life rafts. Each crew member has a specific seat reserved for him or her.

The reason: The seats in the ISS are custom-made for each traveler. This is to make sure they don'tt suffer any harm during launch or landing, with the strong physical forces at work — and to make sure everyone's as comfortable as possible on those two-day journeys.

Germany's first Space Station Commander Alexander Gerst told Deutsche Welle that to him, reaching out to young students and kids is the most important part of his "Horizons" mission. (05.06.2018)