Georgia has stripped former president Mikheil Saakashvili of his citizenship, more than six months after Kiev appointed him governor of Odessa in Ukraine. He has become one of Moscow's arch enemies. 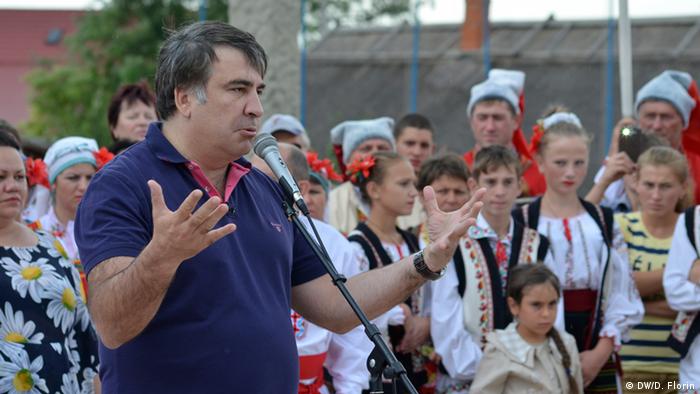 The decision was a foregone conclusion as the Georgian constitution does not allow dual nationality.

"Based on the law of Georgian citizenship, President Giorgi Margvelashvili signed a decree terminating Mikheil Saakashvili's citizenship due to his acquisition of a foreign country's nationality," Margvelashvili's press service said in a statement on Friday.

Saakashvili acquired a Ukrainian passport after President Petro Poroshenko named him governor in May this yearof the strategically important port of Odessa just across the Black Sea from the Crimea peninsula.

Friday's decree is "yet another example of employing legal instruments for political persecution," said Nugzar Tsiklauri, an opposition member of parliament in Georgia.

The appointment of the fervently pro-Western Saakashvili was viewed as a signal to Russia that Ukraine remained set on a pro-European course despite the crisis in its eastern regions.

The 47-year-old former Georgian president came to power after the famous Rose Revolution in 2003 and soon became Moscow's arch-enemy for his pro-West stance.

He is credited by the West for pulling the small ex-Soviet state out of Russia's influence. Under Saakashvili, Georgia also fought a brief war with Russia in 2008, in which the country lost control of two of its separatist regions.

Georgia meanwhile has issued an arrest warrant against Saakashvili on charges that he abused his powers. The former Georgian president insists the charges are politically motivated.

Several of Saakashvili's top allies in Georgia have been investigated and some jailed after the defeat of his United National Movement (UNM) party in parliamentary and presidential elections in 2012 and 2013.

As Russia embarks on an anti-"Islamic State" bombing campaign in Syria, President Vladimir Putin seems to be reverting to tried and true tactics. Fiona Clark reports from Moscow. (04.10.2015)

EU warns Georgia against 'selective justice' as Saakashvili bows out

The EU has cautioned Georgia against applying selective justice during a visit to Brussels by President Mikheil Saakashvili. Speculation has arisen that Tbilisi may bring charges against the leader when he leaves office. (29.10.2013)