For two decades, homosexuality has been officially permitted in the German military, the Bundeswehr, and discrimination strictly prohibited. The story of paratrooper Udo Kappler paints a very different picture. 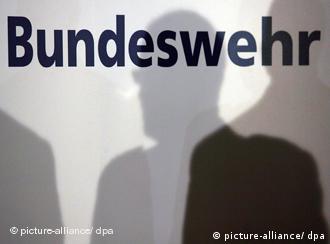 Gays in the German military are afraid to "come out"

In 1990, official discrimination against homosexuality in the Bundeswehr - the German military - was lifted, with gay men no longer being branded "emotionally vulnerable," and thus "compromising" to military engagements.

Udo Kappler, however, can tell you that the reality is different. His story is proof that homosexuals still encounter considerable discrimination in Bundeswehr companies. 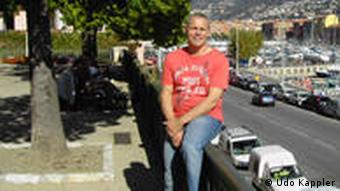 Until two years ago, Udo Kappler was just another paratrooper in his division near Oldenburg in the northwest of Germany. He kept a low profile, as soldiers do. That is, until the then 42-year-old came out and exposed his sexuality to the world - and his fellow soldiers.

"After I came out of the closet, I was told almost immediately in writing that my performance was lacking," Kappler told Deutsche Welle.

"However, the funny thing is that they didn't tell me why or justify it like they normally do in such cases. From one day to the next, I was all of a sudden the 'worst soldier' in my company."

From bad to surreal

Indeed, before exposing his homosexuality, the professional paratrooper belonged to the top 20 percent of his division. Almost immediately thereafter, Kappler found himself at the bottom of the performance ranking.

Kappler decided to defend himself. He brought his case to the Bundeswehr's equal opportunity commissioner, with initial success. His superiors repealed their evaluation. 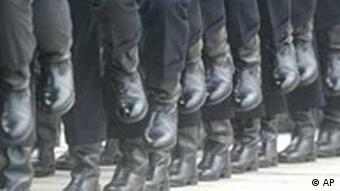 "Coming out" is akin to stepping out of line

However, after a fleeting return to normalcy, the situation then became surreal. Out of the blue, a group of Kappler's fellow soldiers accused their gay colleague of sexual assault - against another male soldier.

Kappler turned to a Bundeswehr legal advisor, who began an investigation and questioned all those involved in the case - including Kappler.

"After the legal advisor started the investigation, it became clear that the allegations had been completely made up. The so-called witnesses were forced by their superiors to incriminate me. But when I was questioned, even the legal advisor was asking questions that had nothing to do with my role in the military. It was too private," Kappler said.

The legal advisor decided in favor of Kappler, in accordance with the Bundeswehr's "Sexualerlass," or sexual decree, which forbids the discrimination of gay soldiers.

The Bundeswehr responded to the sexual allegations with a statement:

As Kappler's case shows, though, the reality is that discrimination is not just tolerated by some superior officers: in certain cases it is even encouraged. 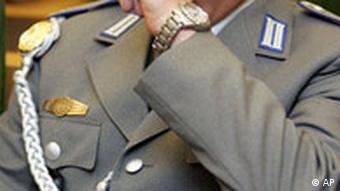 Some say only superior officers can make a difference

Some say Kappler's case exposes just the tip of the iceberg when it comes to anti-homosexual tendencies in the German military. Bundeswehr soldiers who have already come out with their homosexuality, meanwhile, are taking steps to help other gay soldiers do the same.

Peer Uhlmann, a 29-year-old openly gay Bundeswehr captain heads a working group reaching out to gays in the Germany military.

"The topic of homosexuality is totally repressed in the Bundeswehr. Sure, there's this 'Sexualerlass,' which technically allows gays to be soldiers and to be open about their sexuality, but that hasn't changed anything," Uhlmann said.

Superior officers in particular, according to Uhlmann, are the ones that should be fighting against discrimination. Only this way, he says, will soldiers trust themselves to be open about their sexuality.

For the most part, as was seen in the case of Udo Kappler, homosexuality remains a taboo within German troop divisions. In his opinion, the average soldier's view of homosexuality is dominated by stereotypes. 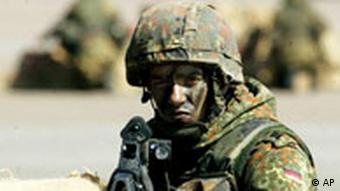 The heterosexual hero is a stereotype

"Around here gay soldiers are viewed as wimps or as feminine," Kappler said. "It's a big problem for men anywhere to be labeled 'effeminate,' especially in the military. On the one side there is the heterosexual soldier with his big gun - and then there's the gay soldier with his pink hand bag."

Yet to this day, Kappler remains part of the Bundeswehr. He is no longer a paratrooper, having decided to take on an office job instead in a different division. He says he lives a happy life with his partner and enjoys not having to hide who he is.

But after the legal mess he was made to go through, Kappler is still waiting for one thing: a new, amended evaluation of his performance while a soldier in the German military.

In a victory for those fighting for same-sex partnerships to receive the same recognition as marriages, Germany's highest court has given registered partners of civil servants the right to a widow or widower's pension. (22.10.2009)