German activists push for constitutional amendment for gay rights | Germany | News and in-depth reporting from Berlin and beyond | DW | 26.06.2009

Forty years after the landmark "Stonewall uprising," German politicians and gay rights activists are demanding changes to the constitution to include equal rights for gay people. 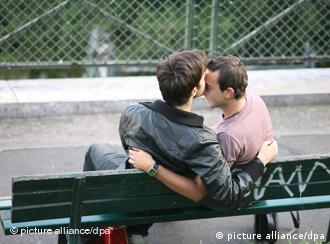 This weekend, gay and lesbian rights' activists will celebrate the 40th anniversary of the "Stonewall" uprising -- named after a gay bar on Christopher Street in New York, where homosexuals fought back against police brutality in 1969.

Public gay pride demonstrations, known as Christopher Street Day, are held every summer in cities around the world to commemorate the event. 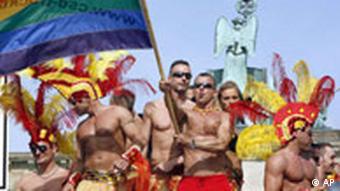 Klaus Jetz, head of the Lesbian and Gay Federation in Germany (LSVD), told Deutsche Welle that the political focus of this year's Christopher Street Day parades, which will begin this weekend in Berlin, will be on amending Article 3 of the German constitution.

"Getting the anti-discrimination amendment passed has been an important topic for the organization since our founding in 1990," he said. "It is great that we have finally managed to rally support for this topic beyond our own community, within the political sphere."

This week, the German parliament voted to push for a federal initiative to make additions to Article 3 of the constitution, which protects citizens against discrimination based on gender, race, or religion. They want, among other things, to add sexual orientation to that list. 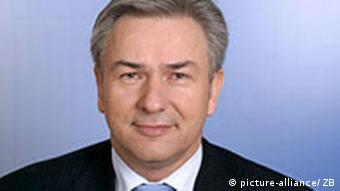 Social Democrat Klaus Wowereit, Berlin's openly homosexual mayor, spoke out in favor of the amendment. In an interview with the German news agency dpa, Wowereit said he whole-heartedly supported the initiative.

He called the laws passed to allow homosexual civil partnerships a "milestone,"but said that there was still judicial room for improvement.

In an interview with the Süddeutsche Zeitung newspaper, Zypries said that changing Article 3 and Article 6 of the constitution -- which protects the institution of marriage and the family -- would send "a clear signal" to society.

While German federal law gives homosexuals the right to enter a civil partnership, they don't enjoy the same rights as heterosexual married couples when it comes to taxes, retirement, civil servant benefits, or adoption law.

Zypries said that homosexual couples have the same responsibilities, but not the same rights as heterosexuals. "I find this to be incredibly unjust, both on human and on judicial grounds," the newspaper quoted Zypries as saying. 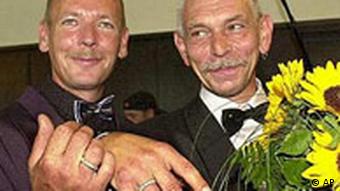 Klaus Jetz from the Lesbian and Gay Federation in Germany (LSVD) said that although both the European Parliament and the European Commission have taken a clear stance against discrimination based on sexual orientation, enshrining the same in the German constitution would have tangible advantages for the gay and lesbian community.

"Homosexual couples are not able to adopt children in Germany. And 'rainbow families' - gay and lesbian couples with biological children - don't get the same tax breaks as heterosexual couples," Jetz said.

Article 3 of the constitution was amended for the last time in 1995, to protect the disabled from discrimination. At the time, there was not enough political backing to include sexual orientation to the list.

But that seems to be changing. On their Web site, the Lesbian and Gay Federation in Germany lists a slew of supporters, from all walks of life - actors, politicians, even a rabbi. 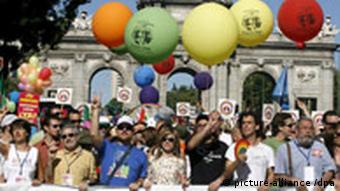 Christopher Street Day is celebrated all over Europe

Three major parties - the Social Democrats, the Greens, and the Left Party - are in favor of an amendment. But a two-thirds majority will be necessary to change the constitution and will need to include members of the conservative parties as well.

"We have to get the Christian Democrats (CDU) on board," Jetz said.

But the interior minister of the southern state of Bavaria, Joachim Herrmann, has spoken out against the proposal. The minister who belongs to the arch-conservative CSU party, the sister Bavarian party of the CDU, says he sees no reason to extend the constitutional protection of the family.

Gay rights activists accuse the conservatives of blocking legislation that would give homosexuals more rights.

"We need the conservatives to understand that this is about protecting a minority in the population," Jetz said. "Giving us more rights won't change anything for them."

To coincide with the 60th anniversary of Germany's constitution, Justice Minister Brigitte Zypries has called for fundamental changes regarding the rights of same-sex partnerships in the country. (22.05.2009)

For the second time in four months, vandals have broken a window on Berlin's memorial to gay victims of the Nazis. The window allows viewers to watch a video of a same-sex couple kissing. (16.12.2008)

Back in July, the European Commission proposed new EU-wide anti-discrimination legislation. While several of the member states are in favor of more EU control, others, including Germany, aren't so sure. (03.10.2008)

Homophobia in German politics: How things have changed 24.09.2020