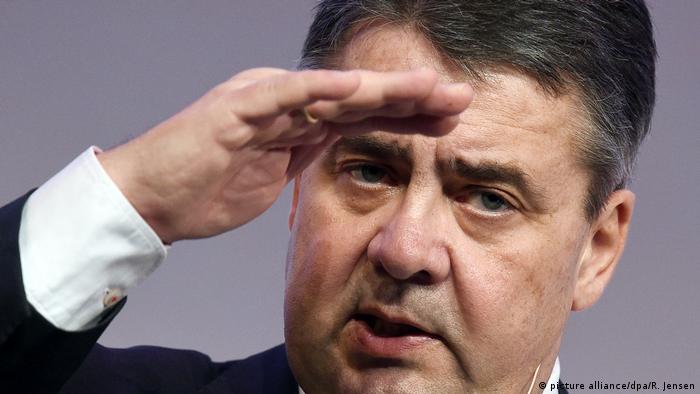 Sigmar Gabriel moved out of the Economic Ministry and into the Foreign Ministry in a cabinet reshuffle on Friday. Earlier this week, Gabriel also stepped down from his post as the head of the Social Democratic Party.

Born in Goslar in 1959, Gabriel had a difficult upbringing. His parents separated when he was 3 years old. Against his will, he was forced to stay with his father, a violent and unrepentant Nazi. His parents' acrimonious custody battle continued until Gabriel was 10.

When Gabriel was finally allowed to return to his mother, he had taken up stealing and was slated to attend a special needs school for what were described as behavioral difficulties. "I didn't make things easy for her," Gabriel has said about his mother, a nurse, "but she saved my life." He went on to attend the University of Göttingen, where he studied German, politics and sociology and became a teacher. 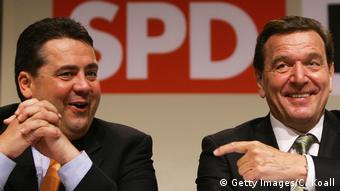 Politics would turn out to be Gabriel's true calling. As a 17-year-old he joined the Socialist Youth of Germany, and the next year, 1977, he became a member of the SPD. After moving up the ranks in local politics, he transitioned to the regional level in Lower Saxony in 1990.

Though the SPD was beaten by the center-right Christian Democrats in the 2005 elections and reduced to the junior partner in a grand coalition led by the new chancellor, Angela Merkel, Gabriel was elected by his constituency to the Bundestag and became environment minister.

In his roles as economy minister and Merkel's vice chancellor, Gabriel has drawn praise from businesses for fighting for unrestricted trade. He managed to circumvent opposition from within the SPD to such agreements as the US's Transatlantic Trade and Investment Partnership and the Comprehensive Economic and Trade Agreement with Canada. 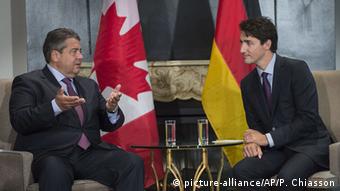 Gabriel's efforts have contrasted with Merkel's, however. Though the chancellor and former US President Barack Obama demonstratively expressed support for TTIP, Gabriel was more straightforward when the deal finally appeared dead.

"In my opinion, the negotiations with the United States have failed," he said at the time, "even if no one really wants to admit it."

Gabriel cared less about the deal than he did about whether his SPD would unite behind him. He has a good nose for political moods and follows his instincts. Objections must be taken into account.

This leaves not only Gabriel's opponents in doubt about his true convictions as SPD chairman but about his political reliability as well. There is a fine line between being seen as adaptive and as erratic or inconsistent.

The vice chancellor attempted to walk the fine line between being seen as adaptive and erratic. In 2015, when Merkel announced her plan to make Germany more accessible to displaced people from certain countries, Gabriel wore a badge welcoming refugees on his lapel in parliament. As dislike for refugees began to grow in Germany, he changed his tune and questioned the chancellor's policies in parliament.

"What are the requirements that we are going to need in order to make this work?" said Gabriel, who was of the opinion that Merkel's Christian Democrats (CDU) had spent far too much time talking rather than taking action.

He added: "We should not forget those among us who are saying: 'You're great guys. First, you have hundreds of billions to bail out banks, and now you have billions for refugees. But, if I want to have a decent pension after working for 40 years, you tell me there is no money for that.'" 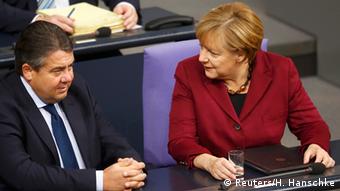 Unseating Merkel will be a difficult task for Gabriel

Gabriel considers himself an advocate for "ordinary" people. But that doesn't mean he trucks in right-wing agitation. Indeed, he has complained about anti-refugee agitators, calling them "hooligans" who "should be locked up."

Last year, he gave the finger to far-right demonstrators. Should an SPD chairman, German vice chancellor and federal cabinet minister be flipping the bird? Gabriel's answer was clear, "My only mistake was in not using both hands."

Though he has traveled the world as economy minister, diplomacy has never been regarded as Gabriel's strong point. He has been called a "stage animal with gut instincts." In a recently published biography, he was described as someone "able to inspire, enthuse, convince - but also to alienate, frustrate, dismay."

He took over as head of the SPD in 2009 and held the post longer than anyone before him, apart from Cold War Chancellor Willy Brandt, who led the party from 1964 to 1987. He has been called "more feared than respected by his party - much less loved." That hurts. Even when you are Sigmar Gabriel.

Asked after it was clear he would take over the Foreign Ministry whether he would need a crash course in diplomacy, Gabriel responded with humor.

"It's not like I nearly got myself arrested on my trips to Iran, China, Turkey and Saudi Arabia when I visited those countries," he said. "I hope I'm in a position that I won't verbally set off a major international crisis."

Scandal isn't expected as he makes his first trip as foreign minister by visiting Paris, but thorny issues could be on the agenda should he travel to Washington next week - if the US secretary of state has been confirmed by then.

Martin Schulz is replacing Sigmar Gabriel at the head of the SPD. DW explains how the change affects the current government and Germany's coming national election and assesses Schulz's chances of toppling Angela Merkel. (25.01.2017)