Further blow to reconciliation efforts in Afghanistan | Asia | An in-depth look at news from across the continent | DW | 14.05.2012

The assassination of senior Afghan peace negotiator Arsala Rahmani, who was given the task to broker peace with the Taliban, is seen by many as another major blow to the fragile peace process in war-torn Afghanistan. 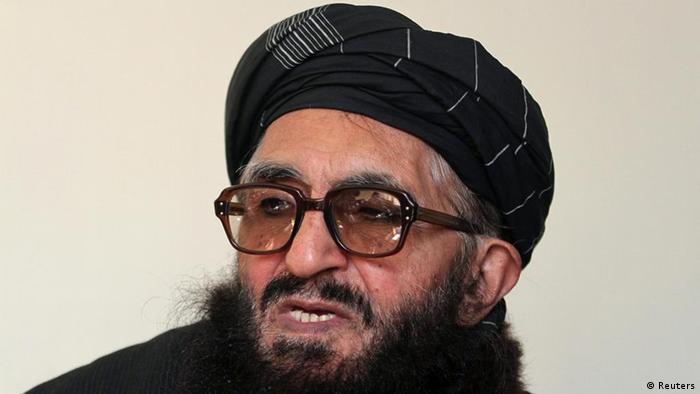 Arsala Rahmani, a former higher education minister in the Taliban regime, was one of those very few people in Afghanistan who could reach out to his former comrades to achieve peace and stability in Afghanistan. A close ally of President Hamid Karzai, he was a "key negotiator" in the High Peace Council (HPC), which was established by President Karzai to broker peace with Islamist insurgents. His assassination on Sunday is widely seen as a major blow to Kabul's peace efforts.

The Taliban, who pulled out of the US-led preliminary peace talks in Qatar in March, have denied involvement in Rahmani's killing.

The US, which is supporting the Afghan government's peace efforts with the Taliban, is winding-up its operations in Afghanistan after a decade-long war against Islamist militants. Most NATO troops are scheduled to withdraw from Afghanistan in 2014.

"Rahmani, a former Taliban member, chose to make a positive contribution to his nation by turning his back on an insurgent movement that continues to be wholly detrimental to the future of Afghanistan," ISAF said. "His decision to help make the future brighter for Afghans serves as an inspiration to us all and his contributions will be missed." 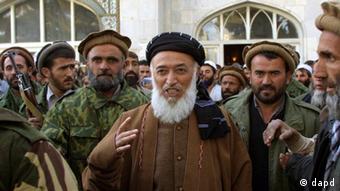 Rahmani is not the first peace negotiator targeted by the militants. Former Afghan President Burhanuddin Rabbani, who previously headed the HPC, was assassinated last September by an insurgent. His death was seen as a serious setback for government’s reconciliation efforts with the Taliban.

Maulvi Shahzada Shahid, a member of the HPC, told DW that the death of Rahmani did not augur well for the peace efforts in Afghanistan.

"First Burhanuddin Rabbani, former Afghan President, was killed, and then Mohammad Hashim Munib was murdered in the Kumar province. Now we mourn the loss of Rahmani, another important member of the Peace Council," Shahid said, adding that if such incidents continued, peace efforts in Afghanistan would not bear fruit.

Last month, Afghan President Karzai appointed Salahuddin Rabbani, son of Burhanuddin Rabbani, to replace his father as head of the HPC, however there are no signs that the Taliban militants are ready to reciprocate Kabul's goodwill gestures. 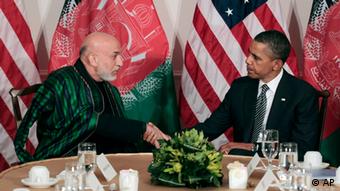 NATO forces will leave Afghanistan by the end of 2014

Many Afghanistan experts are of the view that Islamabad’s reluctance to support Afghan peace efforts is causing serious problems for the Afghan government.

Though Kabul has not yet blamed Islamabad for Rahmani's assassination, the Pakistani government was quick to condemn the murder and vow its support for Afghan peace.

"Pakistan would continue to support all efforts that contribute to an Afghan-led and Afghan-owned peace and reconciliation process in Afghanistan," the Foreign Ministry said.

But some experts are suspicious of Islamabad's commitment to Afghan peace, as they believe Pakistan is not ready to abort its "covert support" of the Taliban. This, in their opinion, is causing serious problems for Washington, which needs Afghan peace efforts to succeed for a respectable exit from Afghanistan.

Recently, senior US officials have once again voiced their dissatisfaction with Islamabad's commitment to the "war on terror." Experts say that things are likely to get worse between Islamabad and Kabul, and for that matter between Islamabad and Washington, if the Afghan government chooses to blame Pakistan for Rahmani’s murder.

US President Barack Obama has welcomed the beginning of a new phase in the handover of security responsibilities to local forces. Earlier, a senior peace negotiator was shot dead in his car. (14.05.2012)

A senior Afghan peace negotiator has been killed by gunmen. His death deals another blow to efforts by the Afghan government to achieve a peace deal with Taliban insurgents. (13.05.2012)

Relations between Pakistan and NATO are still tense as Pakistani Prime Minister Yusuf Raza Gilani has hinted that his country's participation in the forthcoming NATO conference in Chicago is not too certain. (04.05.2012)