From Germany to the US, authorities want access to Panama Papers

German states have called for media outlets to release the cache of 11.5 million documents to authorities. But the journalists behind the largest data leak in history say it's not going to happen. 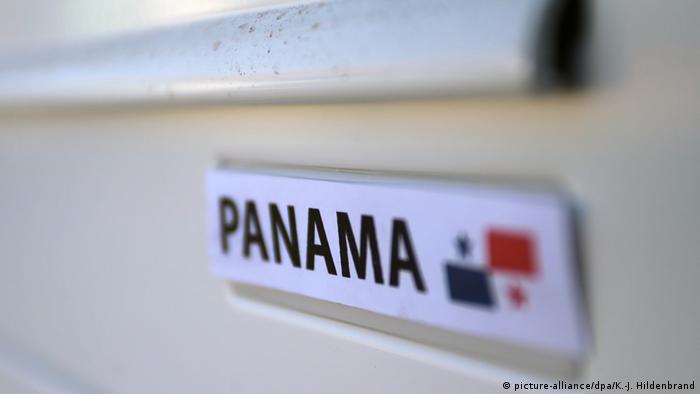 Germany's federal states on Friday called for increased measures against tax havens and for media outlets to allow prosecutors to examine the contents of a cache of 11.5 million documents known as the "Panama Papers," which had been leaked to the press.

While President Vladimir Putin is singing praises about his friend, the world's richest cellist, we haven't heard the last note on the Panama Papers yet. As Fiona Clark reports, conspiracy theories still abound.

"If the data sets from the 'Panama Papers' are not made accessible, then we cannot draw any consequences," said Lower Saxony's Finance Minister Peter-Jürgen Schneider, Reuters news agency reported.

However, the Munich-based newspaper Süddeutsche Zeitung's (SZ) investigative unit on Tuesday said it would not hand over the cache nor would it publish the leak online, despite calls to do so by government officials and representatives of the whistleblowing organization WikiLeaks.

"As journalists, we have to protect our source: we can't guarantee that there is no way for someone to find out who the source is with the data. That's why we can't make the data public," the team said during an "Ask Me Anything" session on Reddit, which included journalist Bastian Obermayer, who was first contacted by the anonymous source.

"You don't harm the privacy of people, who are not in the public eye. Blacking out private data is a task that would require a lifetime of work - we have eleven million documents," the unit added.

'Our focus is journalism'

In a letter to the International Consortium of Investigative Journalists (ICIJ) obtained by British newspaper The Guardian this week, US attorney for Manhattan Preet Bharara said the Justice Department "has opened a criminal investigation regarding matters to which the Panama Papers are relevant."

"The office would greatly appreciate an opportunity to speak as soon as possible with any ICIJ employee or representative involved in the Panama Papers project in order to discuss this matter further," Bharara said.

ICIJ Director Gerard Ryle said on Thursday that the organization would not release unpublished data to the Justice Department or other government entities, although it welcomed the "US Attorney's Office reviewing all of the information from the Panama Papers."

"ICIJ does not intend to play a role in that investigation. Our focus is journalism … ICIJ, and its parent organization, the Center for Public Integrity, are media organizations shielded by the First Amendment and other legal protections from becoming an arm of law enforcement," Ryle said in a statement.

Earlier this month, British Prime Minister David Cameron, who was impacted by the data leak, also called for the information to be shared with authorities, telling lawmakers: "It would hugely be helped if the newspapers and other investigative journalists now share this information with tax inspectors so we can get to the bottom of this."