From eCars to cybersecurity: standards seen as natural enemy of the tech industry | Science | In-depth reporting on science and technology | DW | 16.08.2016

From eCars to cybersecurity: standards seen as natural enemy of the tech industry

Drive an eCar? So you know your AC from your DC, then. What about your CHAdeMO and CCS? Or is yours a Tesla? There are so many standards for EV charging, it's as if the industry wants to make life complicated. 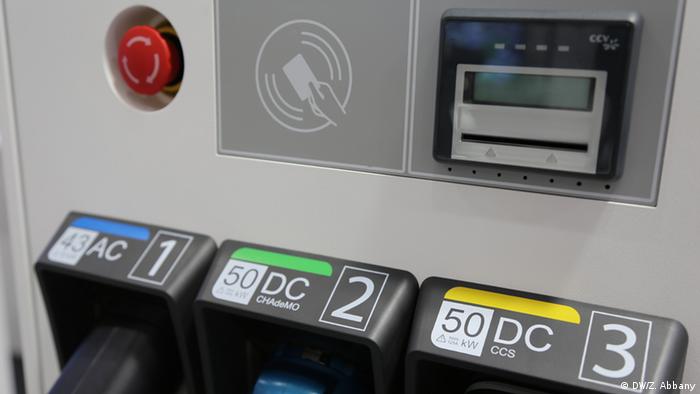 Not enough charging stations? That's not the problem. The problem is knowing which adapter fits your car.

Imagine you're driving your shiny new eCar to the beach and you come to charge it at one of ABB's electric vehicle (EV) charging stations. Don't get me wrong, it looks like they have done their level best to cater for every possible standard, but it's a confusing array of options. Let me tell you.

First, do you want AC or DC? If you think I'm joking, spare a thought for the thousands who can't keep diesel and petrol apart.

AC won't give you as much juice as DC, a fast-charging option. So you pick DC. But are you a CHAdeMO or a CCS? That depends on who made your car.

The road traveled so far

When EV charging first emerged, the primary standard was AC - alternating current. It's similar to the power you get in your home, but take the ABB charging station pictured here - it offers AC Type 2 which is a different standard again.

Now more and more eCars offer fast charging on DC - direct current. CHAdeMO and CCS (Combined Charging System) are both DC standards and the most obvious way to tell them apart is by their adapters or plugs. 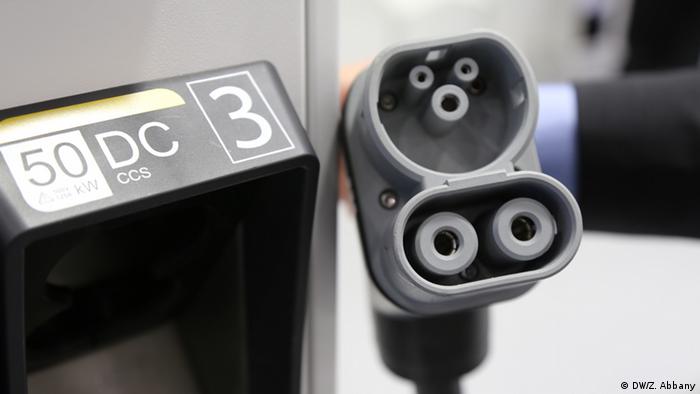 A CCS plug - a standard in Europe and the United States

"These standards are driven by the car manufacturers," says Robert Itschner, managing director of Business Unit Power Conversion at ABB Switzerland. "CHAdeMO is the standard used by Asian car makers and CCS is the European equivalent."

CCS is also a standard in the United States. But that's still two DC standards simply based on where your car is made - not where it is sold. The car industry is international, so these standards have to travel as far as the cars do. If you can't charge your eCar, you're not driving it, and you're certainly not buying it.

A smorgasbord of standards

Plugs include the AC standards: 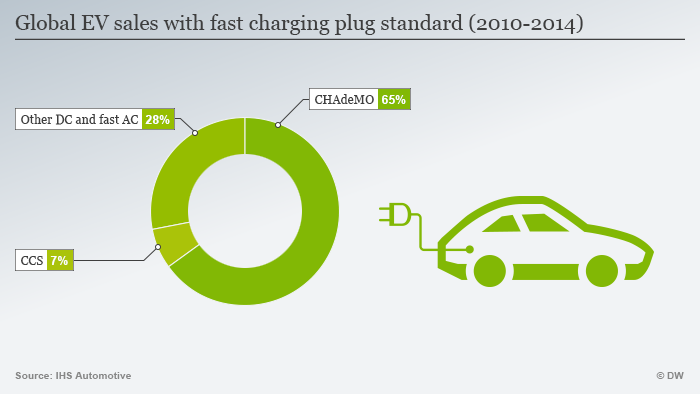 And DC plugs include:

Do we need so many standards? Wouldn't one international standard make more sense? I thought eCars were designed to be environmentally-friendly. But with so many standards, we're producing unnecessary technology which will become obsolete - and get dumped - very soon.

"It's almost a philosophical question," says Itschner, "where do you start and what is the standard? If you look at the work of standardization bodies, they come in once some technology is available."

Which is too late. And it's not only at the industry level, individual companies, such as Tesla, will push their own proprietary standards in a bid for market dominance.

Then there's the amount of kilowatt (kW) power they provide.

Progress, if indeed we can call it that, is slow. 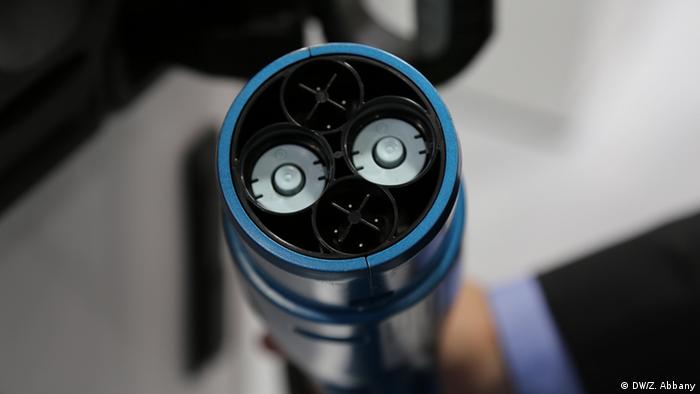 Drive a car by an Asian manufacturer? Then you'll need a CHAdeMO plug

But look at a map of Europe and what you see is a massive land grab evolving before your eyes, with battalions of competing EV chargers trooping across the continent.

It stands to reason: there's no point buying a Tesla if you can't charge it. By the same token: why didn't they opt for the US standard CCS, instead of developing their own?

"The challenge is getting people to agree to a standard," says Ulrike Bohnsack, a member of the board at DIN e.V., Germany's standardization association.

And it's not just in the car industry - it's a challenge in industry itself.

How do electric cars work?

Think the Internet of Things - machines and devices communicating with each other over the network in our homes, schools, hospitals, on roads, and in factories. None of this would work if the internet hadn't been standardized internationally from the start.

Why, then, aren't the devices connected to the network standardized? Or even their names? In Germany, networked production lines are part of "Industry 4.0," while in the US it's the "Industrial Internet."

"Industry 4.0 is just an expression. All you have to understand is that Industry 4.0 is a new production process, how you organize a plant, not the technology," says Hans Krattenmacher, head of R&D Electronics at SEW Eurodrive. 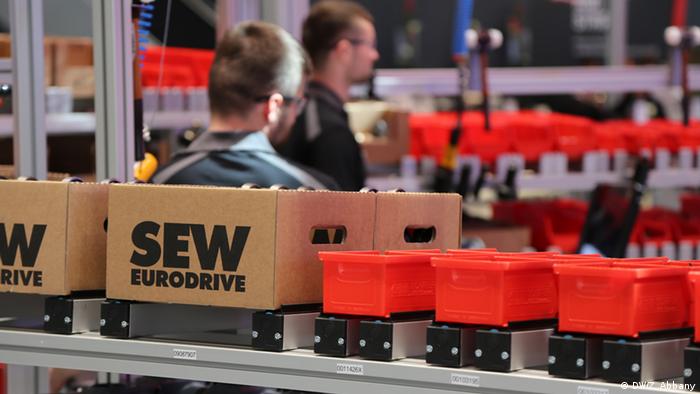 SEW Eurodrive is working on decentralized, cell production lines. These production lines operate independently but can be connected across continents via standard ethernet, because they are not required to send real-time data.

"It's especially in this area where we're seeing new standards that aren't harmonized and it's a problem," says Bohnsack. "Once these standards exists, we're forced to live with stand-alone solutions. But at some point the consumer will refuse to play ball."

You would think standards were good - or at least better - for business. But apparently they are not.

No one waits for nothing

So even in cybersecurity standards have a bad rap, and this takes us back to the car industry. Witten says there are unresolved issues for Controller Area Networks (or CAN bus), which allow microcontrollers and devices to communicate, and for "code signing."

"When I look at cars, a lot of the standards for security are still emerging," Witten says. "Like a code signing for making sure the car isn't running somebody else's code. It's not clear that the standards for authentication on the CAN bus are really standardized. There are a lot of areas that aren't standardized yet. And as I said before, standards take time and the attacker doesn't wait for the good guys to get it right."

Attackers don't wait and neither do consumers. Perhaps that's why ABB's EV chargers even offer a raft of payment options. Which one is best is anyone's guess.