The Elysee Palace said that the move was aimed at leveling the playing field for disadvantaged communities. France will have the lowest compulsory school age in the EU. 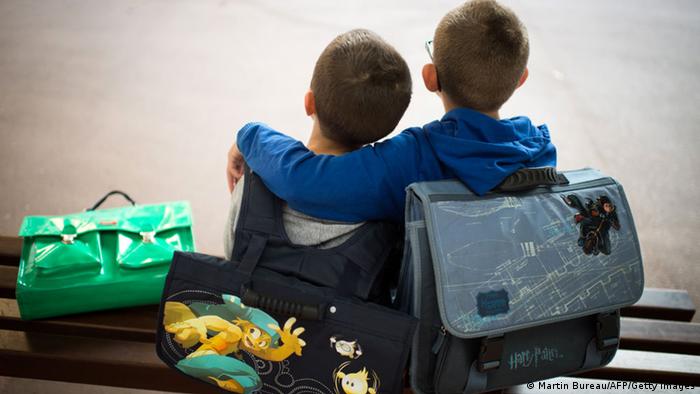 French President Emmanuel Macron announced on Tuesday that school will soon be mandatory for children aged three years and up, instead of the current age of six.

The move to make preschool obligatory is intended to help children in French overseas territories and in poor communities on the mainland remain competitive in the education system, Macron said.

The move "reflects the president's desire to make school the place of real equality," the President's office said in a statement.

President Macron tweeted a list of what children believe is beneficial about more time at school, such as playing, learning to speak, painting and drawing:

This decision will mean that France has the lowest compulsory age for starting school in the European Union.

Macron said he wants to correct the "unacceptable differential" of children in Paris being far more likely than their peers in overseas territories, or even Corsica, to be enrolled in preschool.

While 97.6 percent of French school children are already enrolled at age three, according to education ministry figures from 2016, between 20,000 and 30,000 children do not start until later. The numbers are unevenly spread, with only 70 percent of three-year-olds attending school in France's overseas territories.

The new regulation is set to start in the school year from September 2019 and up to 800 new posts are to be created to meet the new demand.

Conservatives in the capital are protesting against a primer for educators they say teaches kids too much too soon about gender and sex. Do they have a point or is this an attack on Berlin's famed cultural diversity? (27.02.2018)