The French president has announced that a French citizen has been released from captivity in North Africa. Speculation runs wild as to whether or not France paid some kind of ransom in return for his release. 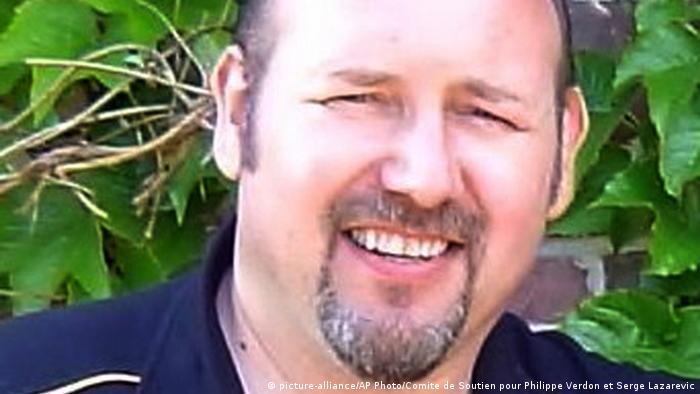 A French citizen who has been held hostage since 2011 has been released, French President Francois Hollande announced on Tuesday.

Fifty-year-old Serge Lazarevic had been held for nearly three years in the Sahara by al Qaeda's North Africa arm. Hollande said he was currently on his way to Niger, from where he would travel to Paris.

"Serge Lazarevic, our last hostage, is free," Hollande said in Paris. "France has no more hostages, in any part of the world." Hollande said Lazarevic was in "relatively good health" and also thanked the Niger president for helping secure his release.

Multiple news agencies mentioned the possibility of ransom payments or the release of prisoners in exchange for Lazarevic, but that this could not be verified.

Two sources who wished to remain anonymous told Reuters news agency that Islamist-linked militants had been freed in Mali - possibly in return for the release of the French citizen.

"There were in all five prisoners who were exchanged for the Frenchman," one of the sources in Mali told Reuters.

France has repeatedly denied paying ransoms despite being accused of using back-channels to do so by other Western nations. American officials have quietly accused France and other European countries of paying ransoms in the past.

"France does not pay ransoms, nor does France engage in prisoner exchanges," Hollande said in September, adding: "This does not mean that countries do not do it. It has happened that some countries, to help us, do it. That I concede."

Former anti-terrorism judge Alain Marsaud was more skeptical, in an interview with France's RTL radio. "There is no reason for heated debate. We pay, we pay and that is all," he said then, as reported by AFP news agency. "There is no release if there is no payment. Someone paid, if not the government, a business or insurance company."

Alain Marsaud, a former anti-terrorism judge had no doubt France paid a ransom of some kind. "We managed to get prisoners from Malian or Nigerien prisons released. You have to choose.

"Either you adopt ... (U.S. President Barack) Obama's policy in which you don't negotiate and then you see your hostages assassinated, or you negotiate without admitting it," Reuters quoted Marsaud as saying.

The news comes days after the botched attempt to free two hostages - US photojournalist Luke Somers and South African teacher Pierre Korkie in Yemen. The incident resulted in their death at the hands of al Qaeda on the Arabian Peninsula (AQAP), who had been holding them.

Hostage-taking has proved to be a lucrative business in Mali and other Sahel countries.

Two suicide car bombs have exploded at an army headquarters in eastern Yemen, killing at least five people. The body of a South African hostage killed in a failed rescue bid over the weekend has been flown home. (09.12.2014)

Authorities in South Africa have expressed their sadness over the death of Pierre Korkie in a failed rescue attempt in Yemen. US forces had tried to free Korkie and US journalist Luke Somers from their al Qaeda captors. (07.12.2014)