US President Barack Obama has said American hostage Luke Somers was killed in a "barbaric murder" by his al Qaeda captors in Yemen. Somers and a South African hostage died in a failed rescue raid by US and Yemeni forces. 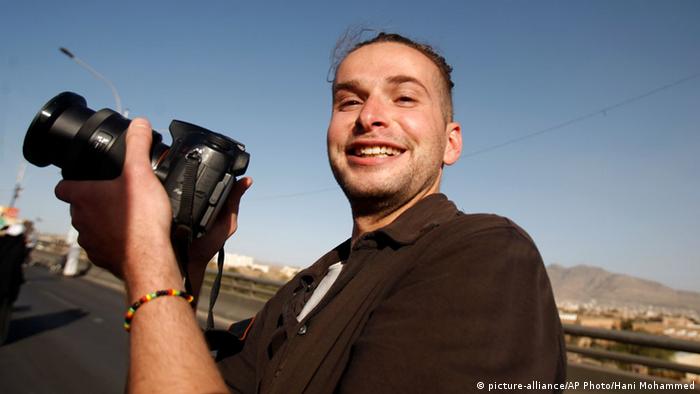 Confirming the death of 33-year-old American photojournalist Luke Somers (pictured) on Saturday, Obama said he had authorized the raid by US special forces on Friday in an attempt to free Somers and other hostages held at the same location.

"The United States strongly condemns the barbaric murder of Luke Somers at the hands of al Qaeda terrorists during a rescue operation," Obama said in a statement. "I offer my deepest condolences to Luke's family and to his loved ones."

"The callous disregard for Luke's life is more proof of the depths of AQAP's depravity, and further reason why the world must never cease in seeking to defeat their evil ideology," Obama added.

Al Qaeda on the Arabian Peninsula (AQAP) had on Thursday threatened to kill Somers, who had been held captive since he was kidnapped in September 2013 in Sanaa.

"There were compelling reasons to believe Somers' life was in imminent danger," said US Defense Secretary Chuck Hagel, speaking from Afghanistan's capital Kabul. Hagel also said that Mr. Somers and a second non-US hostage, whose name he did not give, were "murdered by the AQAP terrorists during the course of the operation."

South African 'about to be released'

That hostage has since been named as South African teacher Pierre Korkie by aid group Gift of the Givers, which said it had been negotiating his imminent release.

The aid group expressed heartfelt condolences to Mr Korkie's wife Yolande, who had been kidnapped along with her husband in May 2013 in the Yemeni city of Taiz and released in January this year.

Obama also expressed his condolences to the South African victim, without giving his name or nationality.

"I also offer my thoughts and prayers to the family of a non-US citizen hostage who was also murdered by these terrorists during the rescue operation. Their despair and sorrow at this time are beyond words," Obama said. 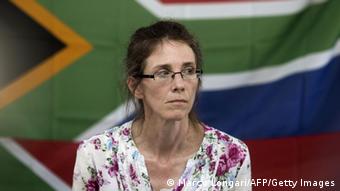 Yolande Korkie was released by al Qaeda in January

"So there was an attempt to save them but unfortunately they shot the hostage before or during the attack," al-Ahmadi said at a conference in Manama, Bahrain, according to news agency AP. "He was freed but unfortunately he was dead."

Earlier, Lucy Somers, the sister of Luke Somers, told the Associated Press that FBI agents had told her and her father about her brother's death.

"We ask that all of Luke's family members be allowed to mourn in peace," Lucy she said from London.

Obama said that the deaths of the hostages would not deter the attempts by his government to fight its enemies and rescue Americans held captive.

"Terrorists who seek to harm our citizens will feel the long arm of American justice."

In a raid on al Qaeda militants, the Yemeni military has freed a number of hostages. An American national was among those who had been kidnapped. (25.11.2014)

Political factions in Yemen had barely agreed to form a government when a key negotiator in the talks was shot dead by unidentified gunmen, further risking any hopes for stability in the country. (04.11.2014)

Germany's foreign ministry has confirmed the death of a German couple and their young child kidnapped five years ago in Yemen, a family spokesman says. The two had been working for an aid organization. (23.09.2014)